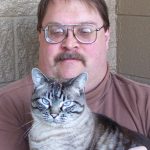 In my first three-post series to this blog, I described technological and sociological factors that could have led to an industrial revolution in the Middle Ages. In this new two-part series, I would like to examine two technological consequences of the classical industrial revolution of 18th and 19th century England that could have also appeared in medieval Europe as a result of its own revolution: automation and mass production.

Automation is defined as technology that performs work with little or no human assistance; automatic machines are known as automatons. It actually predates the Middle Ages, in that the Greeks knew about and used automated systems as early as 300 BC: examples include Hero of Alexandria’s automatic doors and fountain, and Ctesibius’s robot owl. Arguably, clocks were the first automated machines invented, even as far back as Ctesibius’s water clock in about 270 BC. The Muslims were also familiar with automation; in 850 AD, a book entitled Kitab al-Hiyal—Book of Ingenious Devices—written in Baghdad by the Banū Mūsā brothers, Muḥammad, Aḥmad, and Al-Ḥasan ibn Mūsā ibn Shākir, described both automatons and control devices, including two-step level controls for fluids, feedback controls, fail-safe systems, automatic fountains, musical machines, and trick devices. In the 12th century the polymath Badīʿ az-Zaman Abū l-ʿIzz ibn Ismāʿīl ibn ar-Razāz al-Jazarī, known to history as Ismail al-Jazari, developed or improved numerous mechanical devices used in automation, such as camshafts, crankshafts, escapement mechanisms, and segmental gears. Up to this time, most automatons tended to be little better then toys, but the Muslim inventors surpassed the Greeks in making their automatons for practical applications. For example, even though al-Jazarī created humanoid automata for aesthetic reasons, they performed useful tasks, such as serving drinks or playing music. However, during the Renaissance they returned to being largely toys until the modern era.

Two things that should be kept in mind about automata are 1) they are not perpetual motion machines, and 2) the earliest ones were operated by water power. Point 1 may seem overly obvious, but some automata can in their operation give the impression of being perpetual. For example, Heron’s fountain consists of an open basin with a spout stacked on top of a sealed water chamber and a sealed air chamber. When the basin is filled with water, some of it flows down into the bottom air chamber, where the air is displaced and forced up into the middle water chamber. That in turn displaces the water, forcing it up to fountain out of the spout, only to fall back into the basin. At first glance, it might seem that as long as the water returns to the bowl, it can keep circulating “forever,” but the source of the fountaining water is the middle sealed chamber, not the basin, and once the bottom sealed chamber fills with water, displacing all the air, the flow stops. Other automata stop because they run out of energy or come to the end of their programmed performance, but regardless no automaton will run forever, even if it repeats the same performance over and over again. As for Point 2, it makes sense, in that water was the most common and easily accessible source of power available. It wasn’t until clockwork springs became more reliable in the Renaissance that spring-driven automata replaced those powered by water. However, water-driven automata were handicapped by being stationary, though that permitted them to be quite large in extent.

All automata are programmable, even if they can only perform one series of actions. For a long time, the control system consisted of a drum studded with pegs, which was an evolved form of the waterwheel axle with attached cams. (In fact, the waterwheel can be thought of as the first form of automation, in that it used gears, cams, and cranks to operate other machinery.)  The pegs can be seen as cams in that they performed the same function: they trip levers that then operate machinery. Originally, these pegs were permanently fixed, so that their drums could perform only one series of actions, but soon the pegs became removable, allowing different patterns to be created that could perform different series of actions, the complexity and length of the actions limited only by the size of the drum (and some drums were gargantuan).

The best example of this type of machine is the carillon, a musical instrument consisting of a collection of bells, each of which produces its own note. As such, a carillon’s range is determined by how many bells it has, which can make carillons the heaviest musical instruments in existence after the really huge pipe organs (though 23 to 27 bells is normal). The clapper of each bell is attached to a wire, which is attached to a lever. When the lever is tripped, the clapper strikes the bell, producing a note. Most carillons are played manually, using a keyboard and foot pedals as with a piano, but a programmable drum can be used instead, with each peg tripping a lever to produce a melody, and by rearranging the pattern of the pegs, other melodies can be produced.

Other than the carillon, water-driven pegged drums were mostly used to control mechanical toys, but the potential for large-scale automated production was there to be exploited. For example, looms were developed to produce complicated patterns by attaching strings to threads so that they could be individually manipulated. In the 15th century, these threads were attached to levers for easier use, and then pegged drums were used to trip the levers to make the process faster and more efficient, not to mention error-free. By changing the placement of the pegs other woven patterns could be produced, limited only by the size of the drum. Had this idea been introduced earlier and become more widespread, there is no reason to believe that medieval Europe could not have developed an automated industrial capacity, or that a fantasy world could do the same. 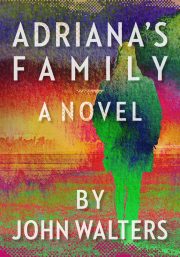 In the aftermath of global warfare, humans co-inhabited by aliens from a crashed spacecraft struggle to stay together and survive in a post-apocalyptic world.