Author Carol Emshwiller (b.Carol Fries, April 12, 1921) died on February 2nd, 2019.   Ms. Emshwiller began publishing science fiction in 1954, with the story “Built for Pleasure.”  Emshwiller built a reputation as a short fiction author and Ursula Le Guin said that she had “one of the strongest, most complex, most consistently feminist voices in fiction.” 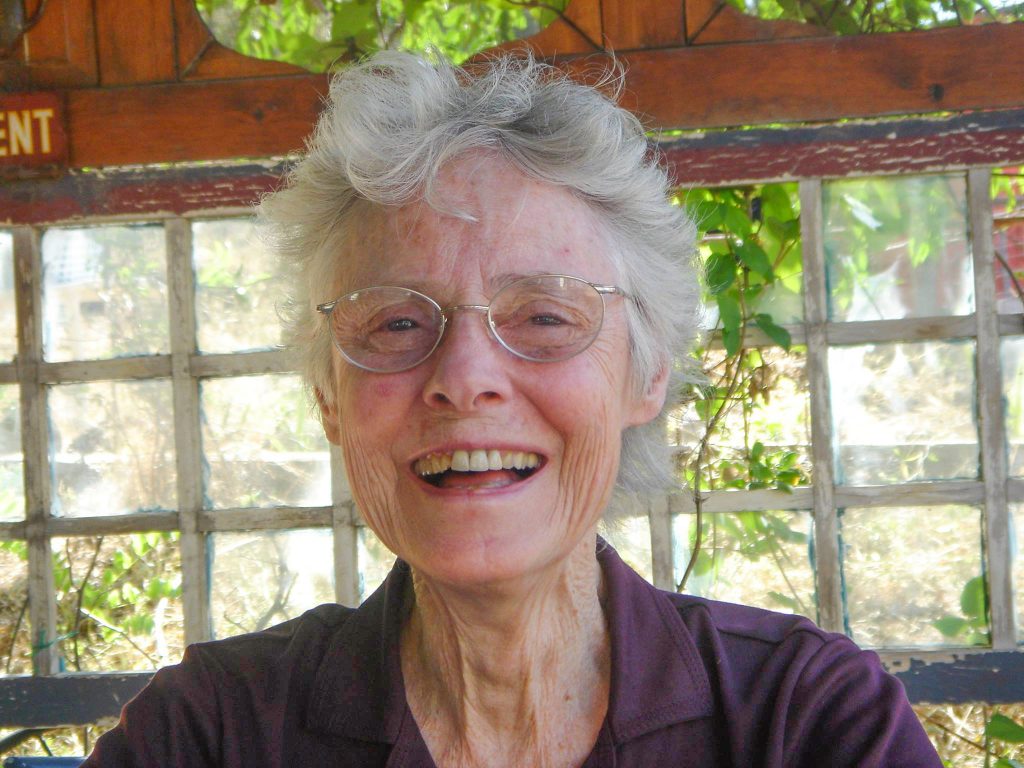 Her novels included Carmen Dog, Mister Boots, The Secret City, and the Philip K. Dick Award winning The Mount.  She had also written two cowboy novels. Her 1991 collection The Start of the End of It All and Other Stories won the World Fantasy Award and in 2005, the World Fantasy Con presented Emshwiller with a lifetime achievement award.  She had been nominated for the Nebula Award four times, winning in the short story category twice, in 2003 for her story “Creature” and in 2006 for the story “I Live with You.”

Her short fiction has been collected in the two volume series The Collected Stories of Carol Emshwiller, as well as several earlier collections of her stories.

Carol Emshwiller was one of the greats of short story writing, right up there with Grace Paley, James Tiptree Jr., Ursula K. Le Guin, and R.A. Lafferty, and she pushed its edges in order to do amazing, delightful, and illuminating things–just as she did with her longer work. As a short story lover, I am gutted by this loss to the writing community and plan to spend part of today re-reading Report to the Men’s Club and Other Stories, with its beautifully incisive and unflinching stories.

She is survived by her daughters, Susan and Eve Emshwiller, and son, Peter Emshwiller. She was preceded in death by her husband, Ed Emshwiller.