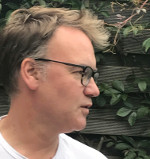 Genuine idea theft and plagiarism are complete no-nos, of course. But I’m amazed how protective writers of stories, articles and posts can be about ideas that aren’t really worth stealing. Here are a few thoughts on ideation and originality…

Originality isn’t everything. We all love Westerns, romcoms, cozy mysteries; we all love things that happen according to predictable templates. Think of the group of innocent teens going for a holiday in the remote woods at the start of a horror movie; no surprise what will happen to them. The plot may have some original twists, but what we’re really looking for is a fresh execution on a much-loved theme. Your idea for a murder-mystery set in space won’t be the first (there’s even a film called Murder in Space). But do it well, and people will love it.

Other people can have the same ideas. The world is full of people straining for ideas for things to write about. Inevitably, with all that concentrated mindpower, you will get duplication. You might be pleased with your very fresh-seeming idea for a post on ‘What Stranger Things can teach us about characterization’ (or teamwork) (or trauma) but don’t be surprised if someone hasn’t also thought of it already. (They have – all of these.) People everywhere are looking to leap off topical hooks and contemporary themes for their ideas, and we all lean on familiar templates (such as ‘x things y can teach us about z’) and the tropes that come with recognizable genres to bring them to life. Repetition happens all the time.

Ideas get emulated. A few years ago, when I was a freelance feature writer, a couple of friends of mine joined choirs for fun. I decided this signaled a new vogue for amateur singing as a hobby, and duly sold the idea to a national UK newspaper. Two days later, a TV news channel ran a story on the singing trend. Did they steal my idea? Come on. They used their own interviews and material. And it was hardly an in-depth idea in the first place. Were they inspired by my idea? Possibly. But that’s OK, because…

Ideas make room for ideas. A new idea or approach or style that gains currency can open up interest in that area for others to exploit. Think of how Douglas Adams and Terry Pratchett brought a new self-conscious, post-heroic comedy to sci-fi and fantasy, or how Ringworld influenced the space opera. Think of the impact on the canon in their different ways of Neuromancer, of Tolkien’s Ring trilogy, of Jules Verne. ‘We are all, in one way, children of Jules Verne,’ said Ray Bradbury. ‘His name never stops. At aerospace or NASA gatherings, Verne is the verb that moves us to space.’ The greats open up spaces that let others in to explore further. That’s not copying; that’s inspiration.

Themes and topics are not ideas. Think of all the writer sites and blogs you read. A perennial topic is productivity – getting more words done, avoiding writer’s block, etc. Think you could write a great piece called ‘Top tips for beating writer’s block?’ Well, I just googled that and I got over 34m hits. That’s not an idea, that’s just a topic, sorry.

Themes and topics beget ideas. But don’t despair, because that search shows a huge interest in this topic. So get more niche with your ideation. How about ‘5 bestselling sci-fi writers’ remedies for overcoming writer’s block’ or ‘7 unhelpful thought dragons that get in the way of your fantasy writing (and how to slay them)’. Numbers, you’ll notice, are always good; the listicle may not an original format, again, but we all like it.

Ideas get accepted for reasons beyond originality. Other reasons for ideas getting accepted include:

Some people use the fear of idea theft as an excuse for not writing. I’ve heard writers fret about protecting their ideas, when they haven’t actually written anything yet. Trust me: as a writer, you have a unique voice, a unique way of looking at the world, a unique style. No one can steal those. 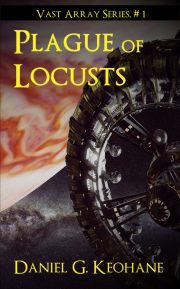