Polymath and former SFWA President Frederik Pohl (b.1919) died on September 2 after entering the hospital in repiratory distress earlier in the day. Pohl joined science fiction fandom in the 1930s and quickly became an integral part of the New York science fiction scene. He was denied entry to the first Worldcon in 1939 as part of the “Exclusion Act.” By that time, he had begun to publish, with his poem “Elegy to a Dead Planet: Luna,” appearing in 1937 and his first story, the collaboration with C.M. Kornbluth “Before the Universe” in 1940 (as S.D. Gottesman, one of several pseudonyms Pohl used, either singularly or in collaboration).

Finalists for Lifeboat to the Stars Announced 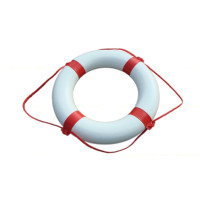 The “Lifeboat to the Stars” award honors the best work of science fiction of any length published in 2011 or 2012 contributing to an understanding of the benefits, means, and difficulties of interstellar travel.