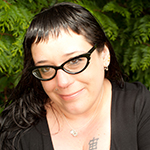 We’re on the front lines of the changing publishing industry, and for all the insecurities that encompasses, we have a growing number of tools that help reach out and sell directly to fans. Of these tools, perhaps the one most successful has been the online crowd funding platforms. At this point, most of us know another writer or editor (or have been, ourselves), published in a book or anthology pre-bankrolled by willing supporters.

Most of these have have been done via Kickstarter. Since its 2009 launch, Kickstarter has claimed 61,754 successfully-backed projects, with $44.24 million “successful” dollars paid to 5,566 fully-funded campaigns in the “publishing” category alone (https://www.kickstarter.com/help/stats).

There’s no doubt that Kickstarter is the grand dame with the highest profile. But Kickstarter projects run the gamut, from small business and inventors to entertainment options, of which publishing — in spite of those impressive numbers — is a tiny part. And, of course, with so much action, there’s a high level of signal-to-noise. Many projects are unfunded because they are simply buried in the onslaught of possibilities. To be a publisher on Kickstarter, you need a strong network and a very loud voice.

Kickstarter is hardly the only kid on the block: it’s just the biggest. There’s specialized platforms now for small business, non-profits, charitable works, personal needs, but for writers and editors looking to fund book projects, the main choices, aside from Kickstarter, are indiegogo, Gofundme, Rockethub, and Pubslush. Of all of these, Pubslush is the only platform geared specifically and solely for book publication, and is the one I’m here to review.

I’m an accidental Pubslush campaigner. A writer service marketplace, Writer.ly, announced a partnership with Pubslush, and directly solicited books to launch through this partnership. I happened to get this solicitation, and happened to have a half-done manuscript for a writing guide I’d developed from a popular workshop I teach: Creating a Sustainable Writing Process.

Victoria Strauss has voiced some interesting warnings about Pubslush, though as of May 2014, Pubslush has, indeed, addressed most of these major concerns. They didn’t require me to honor them as publisher or agent, sign over any rights to my work, or agree to anything, legally binding, that gave me the willies. They did ask for the right to use the text I put up, voluntarily, on the page for public consumption, in future marketing materials. To me, no biggie.

All said and done, I have mixed feelings about my Pubslush experience. Overall, using the platform was positive. My campaign was successfully funded (by many of you reading this post, even!), although not at the maximum (Pubslush requires campaigns raise at least $500 USD to be funded, but you can ask for any amount over $500). And for that, I am grateful. The funds were enough to allow me time and materials to complete writing the guide, and also demonstrated to me that there would be an audience interested in the book to begin with.

However, there were some weaknesses to the service, as well. I’ve included the ones that are specific to Pubslush, and not just general shortcomings to the crowd funding model in general.

They were very kind to me. Their author coordinator reached out to me during my campaign, and then again afterward, to see if I had any questions or needed help with my campaign. I did take advantage of asking questions during, mostly about how to push through a middle-of-the campaign stall, and their advice, while nice and well-meaning, was fairly useless (they told me to reach out again to my social network and my email lists, both of which I not only did, but kind of considered basic common sense). But I did appreciate the reach-out.

They responded to email promptly. After my campaign, it wasn’t very clear when my funds would be dispersed. I sent an email to them, and they responded within 24 hours.

They dispersed my funds promptly. I asked for a check, which arrived within a week after I was eligible to receive my funds. The also offer a bank transfer, but they charge a few bucks for the service.

Their cut was fair. They took only 4% of my funds, which I thought was a just amount for the hosting and processing (but that wasn’t all they took. See below).

They easily allow you to donate to charity. They have an “in-house” legit literacy charity to which you can optionally pledge a percentage of your funds.

They aren’t very busy (see negatives, also, below). This means, hypothetically, if someone just came to Pubslush to browse, with some money burning a hole in their proverbial pocket, it was easy for them to find projects that interest them. During my book’s run, there were between ten and fifteen other projects running simultaneously.

They aren’t very busy. Frankly, once I’d annoyed my social network and email lists about my campaign, and begged them to share with their networks, that was about all the exposure I could wring out of it. It’s really difficult to get hard stats on the traffic a site gets when you aren’t associated with the site, but for comparison’s sake, Alexa ranks Kickstarter’s home page at 379 in the United States in terms of popularity, while Pubslush’s ranks 34,728. That’s a huge discrepancy. Pubslush gets virtually 0% of the “stranger browsing” traffic that Kickstarter does. So, though my project was findable, there was no one to find it. In fact, every single contributor to my campaign — except one — was directly associated to me by first or second degree, and I feel fairly confident that if I did some sleuthing, the one stranger is also associated…I just don’t immediately recognize his name.

They charge for credit card pledges. 3.5%. So really, their cut is 7.5%, although they don’t “keep” that 3.5% — it’s for the credit card companies. Still, considering using a credit card is the ONLY folks support any campaign on Pubslush, it seemed strange to me that this was not a charge they simply ate, or squished into their percentage, since at no point during the sign-up process did they explain to me — nor my supporters — that credit card fees were coming out of my pledges. It is in their terms agreement, but as far as I could tell, nowhere else during the “author” sign-up path (http://pubslush.com/terms).

They promised a custom analytics report that never materialized. In their FAQs, they state that analytics reports like this http://pubslush.com/analytics/ are available for every campaign in the project’s dashboard. It wasn’t there when I checked right after close or a month after close. I could email and ask for it, and probably will, since it would be very useful, but I think it’s a minus that their documentation and marketing materials promises something, states it happens automatically, points to it, and then, it simply doesn’t exist.

If and when Pubslush is able to attract a bigger audience of users than, well, just the other writers with current campaigns clicking around, I think it’d be a great platform for creating books. However, until they do some hard advertising of their own, I think my own energy, should I ever decide to crowd fund again, is better spent screaming in the Kickstarter party. Without the traffic, as I said, it felt like I was hassling my family and friends for a loan — something I could have done without listing almost 8% off the top.

Science fiction writer Caren Gussoff lives in the Pacific Northwest with two cats and an artist. Her third novel, The Birthday Problem, a post-pandemic apocalyptic little story, actually has a car chase. Publications, awards and mutterings are available one her website.