Home > Why a Writer Needs a Literary Agent

Why a Writer Needs a Literary Agent

There’s conflicting wisdom on the subject of whether or not a writer needs a literary agent for first-time publication.  Many professional writers (and some how-to-get-published books) will tell you that you should make your first sale yourself, and only then, contract in hand, go looking for an agent to close the deal. “Established agents are reluctant to represent first-timers,” they’ll tell you, or “The kind of agent you can get before you’ve published anything isn’t the kind of agent you’d want.”

It’s no coincidence that the people who say this are often older writers who got their start before the mid-1980’s, when the merger mania that has so drastically transformed the publishing industry really took off. This advice reflects their own experience during a time when most publishers were what we today would consider independent presses, and it wasn’t difficult to get a manuscript in over the transom. (That was my experience too. In the late 1970’s, when I began submitting my first novel, I had little trouble getting editors to read my work. It never occurred to me to look for an agent.)

But things have changed. A lot. Many of those older publishers now survive only as imprints of huge conglomerates. The downsizing that has accompanied these mergers has resulted in fewer editors, even as publishers churn out an ever-increasing number of books. Time-crunched editors, who must devote their days to administrative tasks and have to shunt their actual editing work to nights and weekends, simply have no time to sift through submissions. More and more, they’ve come to rely on agents as a filtering mechanism.

Many large publishers’ imprints are now entirely closed to unagented work. The dwindling number of imprints that do accept unagented submissions give them minimal priority. It can take a year or even more to get any sort of response, and the person who looks at your submission will probably not be an acquisitions editor, but an intern or an assistant. In other words, no matter how good your manuscript, there will always be an author with an agent in front of you.

The world of agenting has changed as well, in response to the changes in publishing. There are many, many more agents now than there were a couple of decades ago, and they wield far more power (This change is mirrored in the shadow-world of fraudulent and incompetent agents, where numbers have also hugely increased. Agent scams were rare through the 1980’s; now they are common.) It’s no longer true (if it ever was) that established agents are uninterested in writers who have no track record of publication, or who don’t have a publishing contract in hand. In fact, most first novel sales, at least to the larger publishers, occur through agents.

Smaller, independent publishers will still happily look at work from unagented writers. But if your goal is to sell to one of the big publishers, your efforts are better spent searching for an agent than submitting direct to the few imprints that will consider unagented work. It can take a long time to find an agent, but once you do, he  or she can cut editors’ response time to a minimum–and just as important, get your manuscript directly onto the desk of an editor who can give it serious consideration.

(Note: by “agent”, I mean “reputable agent”–i.e., an agent with a substantial, verifiable track record of selling books to commercial publishers, or, if new, a professional background in publishing or with another reputable agency. Anyone can type “literary agent” on a letterhead or in the sig line of an e-mail; this cuts no ice with editors unless that person can show actual professional competence or experience. Many editors give unknown agents only slightly more priority than unagented writers–and if an agent is obviously unprofessional, he or she will likely be entirely ignored.) 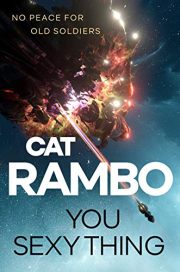