When we criticise work, we are commenting for the purposes of publishability, and our goal is to help authors to become publishable and published writers.

For prose pieces, the following issues are critically important: 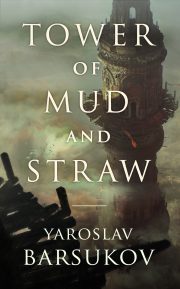 Minister Shea Ashcroft disobeyed the queen, taking pity on innocents. Exiled to the border, all he’s in charge of now is construction of a huge flak tower, using devices brought from another world. Devices that may draw attention no one can afford.