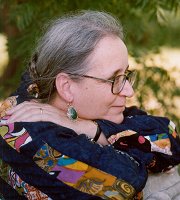 When I was teaching short workshops, I found that some beginning writers want business information in the curriculum and others hate it. One critique sheet complained bitterly that I spent a couple of hours on the business end (out of eight) and was “too commercial”. Needless to say, the only people who have ended up published after these workshops have been the ones who weren’t afraid to be commercial.

Novice writers have to take some responsibility for their own careers. The good information is NOT that hard to find. The novices who don’t find it–and don’t find it repeatedly–are resisting the truth.

Example: at a Dragoncon, I heard Anne McCaffrey talk on a 2-hour panel aimed at new writers. She talked, she answered questions, she put out a lot of good information on Copyright issues, agents, editors, contracts, and so on. Patient, firm, clear, all the above.

On her way out of the room, a young man who had been in the audience ambushed her, and asked again, the very basic-stupid question he had asked the panel twice. He was convinced that she had said what she said only because she “had” to say that in public, but in private she could give him the Magic Button to Getting Published.

There is no Magic Button. There is no such thing as a free lunch (not even when it’s charged to the editor’s plastic.)

This kind of novice will claim, to his deathbed, that no one ever told him the real secret to getting published … because, of course, he never listened. No writers’ group, SFWA or any other, can be held responsible for this kind of novice. We are not their fairy godmother, and we have too many other claims on our time to spend much effort trying to break through their fantasy.

How do I know? I was once a hopeful hobby writer myself, who had a wistful vague dream that someday a shaft of light would beam down from above, trumpets would sound, little drifts of glittering gold would land on my shoulders, and I’d be anointed Real Writer. I would know it. My mother would know it. My friends and their friends would know it. And of course editors and publishers would know it instantly. Fame and fortune awaited me; I had only to wait until the right moment.

While in this hazy dream, I didn’t seek out any practical knowledge whatsoever. I didn’t go to the library and find writers’ magazines or books on how to write. I didn’t take courses. I didn’t join a writers’ group. No: if I had the talent, someday the light would come. I wrote bits of stories and sent them to a friend who was in a graduate English program; she trashed them and sent them back. Then I’d go into a decline (mentally wailing and worry about my talent) before before trying again. (The one thing I did right, was write. At least I was working on the salable skill, if not the skill to sell it.)

The turnaround for me came when something (I now forget what) shook me out of this idiotic daze and I realized that if I wanted to be anything other than a science fictional Emily Dickinson, I would have to know some practical stuff. The “getting published” side of writing was more like “getting a driver’s license” or “getting to Europe” than having a religious experience.

So … what was this silly nonsense about a spotlight from on high when it came to getting published?

From that revelation came an immediate burst of research–which did not take long to put me in touch with perfectly good sources of information. The information is out there. It is available. You can tell the good stuff from the scams just as easily as you can in any other field. All it takes is applying the same business attitude you would if buying a car, a house, a horse. While any writers’ organization (including SFWA) may provide general information on the business of writing and the realities of a writer’s life, you don’t have to find it here–it’s in every library.

Genre-specific info is another thing entirely. By the time I went to a half-day SF workshop, I already knew about manuscript preparation, why I shouldn’t be looking for an agent yet, which publishers handled SF, and so on. I had finished three books and quite a few stories; I had been submitting stories for over a year. But I had no idea what a science fiction convention was, or why anyone would go. I knew no writers (SF or other, except for reporters at the county newspaper), no editors, nothing.

The workshop presenter mentioned SFWA and handed around a copy of the Bulletin. I had read about SFWA (briefly) in Writer’s Market; the presenter, and the Bulletin, convinced me it was an organization with something to offer. In other words, I was ready to hear what SFWA had to say.

He also explained conventions (sort of … ) and I decided to get a one-day membership to the NASFiC in Austin that year. While I did not meet any science fiction writers then (I had two sales, but nothing out in print; I felt suspended between novice and neo-pro) I had the chance to see them, watch them, and start figuring out the tribal customs. The workshop also gave me an immediately useful bit of advice (“Send your stories to an editor whose choices you already like — he’s most likely to like yours”) which was responsible for my first hard-SF sale, about three months later.

But there were over thirty people at that workshop. Many were where I had been a few years before — drifting along day-dreaming of being writers by annointment. They had never finished a story; some had never started a story. They wanted to hear that they were talented — they wanted the beam of light to come down and mark them as Instant Real Writers. They couldn’t hear the practical advice being given, and they have never sold a thing, even if they kept writing. Another group were almost ready to hear it — close enough that they formed a support group, and most of those later achieved at least one professional sale.

I’m coming on strong here, because I just spent another half-hour writing back to a newbie with a fantasy novel who is desperate to find an agent, and has gotten a nibble from someone who wants a reading fee. I spent an hour yesterday combing my files and essentially re-writing several articles for him. He came back with a bunch of “yes, but … ” sorts of things. If he writes me again, still misty-eyed because someone is willing to read his work, I’ll give up. He’ll have proved himself determined to be fooled. I have mail waiting from someone who wants me to read her work and tell her she’s talented enough to keep going — although I’ve told her before to workshop her stories in her own area (which has writers’ groups.) I’ve spent hours and hours with promising beginners (some of them now thoroughly published) when I felt they were taking in the info I could give, but I do not have the time to waste on people who want the Magic Button or the Free Lunch or the Secret Decoder Ring to the Publishing Empire.

1 TANSTAAFL: There Ain’t No Such Thing As A Free Lunch. (From Heinlein, “The Moon is a Harsh Mistress”.) 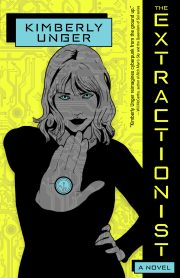