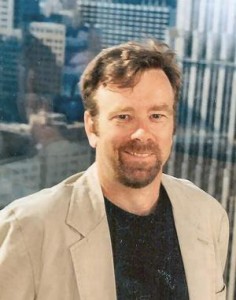 What follows is not for the squeamish.

It’s the nature of writers to fall in love with words, particularly their own. Clever turns of phrase excite us; we beam like proud parents when our protagonists take on lives of their own; a shapely plot twist can turn our heads. There is nothing wrong with indulging in the occasional fling-as long as it stops in draft. When time comes to make that final revision, however, you must harden your heart, sharpen the ax and murder your darlings.

Well, maybe not all of them. Just the shiftless ones, those precious freeloaders who are too busy looking good to do any work. Once you learn how to spot them, you’ll see them everywhere, in unpublishable manuscripts and in award-winning stories, in my work and hers and yours. There are no exceptions; even Shakespeare can be profitably trimmed.

Some writers like to fix problems by addition rather than subtraction. First they layer in just a little more complexity to develop a rounder Aunt Penelope. And then they expand the garage scene, so it will foreshadow the car chase. Last they have Biff’s lawyer explain the rules of evidence to his secretary after the trial so that slow readers will get the end. If these writers worry about wordiness at all, they might tighten a few lines here and there. Drop a “he said,” on page two. Major surgery is for beginners, right?

What they don’t realize is that muscular prose alone can’t lift a narrative. Any sentence, no matter how powerful, that serves no story purpose is just so many wasted words. Obviously, adjective pileups and unnecessary clauses and clunky diction must go. However, effective cutting involves more than line editing. You can also strike whole paragraphs — pages, even! For example, toss out that extra twist and the plot might come clear. Too much costume jewelry weighs characters down so they can hardly move. Rather than reconstruct the pyramids in five paragraphs (despite that week you spent cruising the Nile last summer), pick the two best and invite readers to supply some of their own building materials.

Although I can offer some specific suggestions for what to excise, please don’t memorize my list. These skills are most useful when stored in intuition, not consciousness. The best way to prevent verbosity is to develop an instinct for cutting, which means you should practice every day. I know enough writers to realize there’s no universal technique for getting words on paper. But here’s the routine that works for me.

I write at the computer, the greatest advance in literary technology since the eraser. I spend the first hour or so paring and revising the previous day’s work. This not only promotes the proper mindset but it also helps me re-enter the world of the story. I’m rarely stuck because I always begin with these editorial warm-ups — much easier than first draft, in my opinion. In the middle part of the day I try to compose as carefully as I can. Later on, however, I may let standards slip in order to fill out the daily complement of screens. This admittedly sloppier work will either be cleaned up or pruned first thing the next morning, as the process begins again.

Although I edit daily, I rarely attempt major cuts until I finish a working draft. I like to split production of a finished manuscript into two stages, revision and deletion. In the revision stage I make sure I’ve given my readers enough of everything: plot, character, setting, theme. I search for logic flaws and continuity breaks; I run my spell checker. Revision ends once I’m satisfied that the manuscript is complete and as coherent as I can make it. Only then do I go through it one last time with an itchy finger on the delete key.

How much to trim at this point? Based on extensive reading, I estimate that the current rate of literary inflation is about 10%. I try to do my best to fight it; so should you. Thus, if the revision draft is twenty pages, the submission should be eighteen.

Two pages! How can you carve two pages of living prose from a story without killing it? Here are some things to look for.

Adjectival and adverbial leeches. Start at the sentence level, hunting for the unnecessary modifiers which drain the life out of prose. Strong verbs are the key to taut writing. Rather than, “The ungainly triceratops walked slowly away,” try “The triceratops lumbered away.”

Clumsy entrances and exits. Don’t waste time moving people around; too many doors open and close in fiction. If you want the UPS man to deliver a mysterious parcel, he doesn’t need to knock, come in, and ask Reggie to sign for it. When Janet screams at Bob that she’s sick of his catting around and wants a divorce, why must she also stalk from the house to her car and peel out of the driveway? Some writers try to punctuate emotional scenes with histrionic exits. If the scene isn’t angry enough, fix it. Don’t slam the door.

Unnecessary scene or time switches. Aristotle was wrong about physics but he was right to recommend unity of time and place. Before you board a cruise ship or skip ahead three weeks, always ask: is this trip necessary? When you change venues or let time fly, you take on an extra narrative burden. You must describe the new setting, explain what happened in the interim. Compressing these story elements can save words while shifting the focus back onto character and action.

Overpopulation. In the attempt to recreate the sweep and richness of life, some writers keep cramming characters into a story until it resembles the Marx Brothers’ stateroom in A Night At The Opera. The people you want readers to care about will be lost in a mob scene, so keep the cast to a minimum. Name as few characters as you can, describe even fewer. If you can combine two characters into one, you probably ought to.

Overdramatization. “Show, don’t tell,” can be a dangerous policy. Prolix writers think they must dramatize everything. But a story isn’t a game of charades; you’re allowed to come right out and tell the reader what’s what. Do you really need a rhapsodic paragraph about Amanda’s aquiline nose and alabaster skin and piercing blue eyes and tawny mane when all you wanted to say was that George was attracted to her? When necessary tell, don’t show.

Arriving early; staying late. Not all stories start on page one — only the good ones. If you’re the first at the party, there’s usually nothing to do until the other guests arrive except to stand around and admire the furniture. Writers who start their stories too early have the same problem. They waste time describing the china on the breakfast table, the daisies nodding in the garden. Or else they deliver a weather report. Yet the same people who chuckle at the classic howler, “It was a dark and stormy night,” don’t hesitate to play meteorologist in opening paragraphs of their own fiction. Similarly, when the story is over, stop writing. There’s no need to explain exactly what became of everyone and how they all felt and what it all meant. Memorable fiction rarely ends with the last line. By leaving some things unwritten, you empower the reader to imagine what happens next.

It is one skill to recognize potential cuts, another to make the right ones. A strategy I’ve developed is to read my work aloud in draft; it forces a fresh approach. Try it sometime and listen carefully to the expression in your voice. You may actually hear your interest level peaking and dipping.

For those who just can’t bring themselves to operate on their own fiction, I offer this advice: get a second opinion. Almost anyone can help, even your mom. In fact, if you’re dissatisfied with the criticism she’s been giving you lately, don’t ask for it next time. Instead, just hand her the manuscript and a blue pencil and tell her to prune 10%. While Mom may not have been an English major, she’ll know when she’s bored. Easier for her to remove the slow bits than to critique your subtext.

Unfortunately, the craft of cutting is undervalued in a world where writers are paid by the word. And it shows; you don’t have to look very hard to find padded work in print. Yet clearly it is precision which separates the journeyman from the master. Perhaps the way to grow as a writer is to shrink your manuscripts. Or, as Sir Arthur Quiller-Couch so memorably put it, “Whenever you feel an impulse to perpetrate a piece of exceptionally fine writing, obey it — whole-heartedly — and delete it before sending your manuscripts to press. Murder your darlings.“