From our sister site, nebulaawards.com, comes an interview with Nebula nominee, Richard Bowes who was nominated for his novelette “If Angels Fight.” 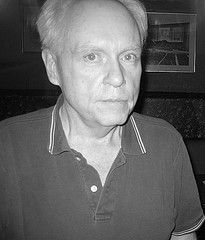 When you were a kid, did you ever imagine that you’d be a writer?

Writing wasn’t that alien a career when I was growing up. My father was an editor and ended up writing high school textbooks. My mother wrote for TV in Boston in the 1950’s. A couple of her uncles were well known Irish authors. One of them was Liam O’Flaherty who wrote the Informer.

I’d had a lot of problems in school – dyslexia among other things. If something really interested me I’d read it compulsively. Otherwise it was slow torture. But I could always talk and always write – express myself in words.

When I was in my late teens I decided that I wanted to write and my parents were good with it. There was no immediate way they could see me getting killed writing – unlike some of my other interests. Unfortunately once I decided to write, I froze and couldn’t write at all.

I’d flunked out of the first college I’d gone to. At the next one I took a writing class and the teacher Mark Eisenstein was great at getting blocked kids started. Years later I wrote a novella called “My Life in Speculative Fiction” about that time and that experience. It’s in my collection Streetcar Dreams and Other Midnight Fancies and in an earlier out-of-print collection Transfigured Night and Other Stories.

Check out the whole interview.