Our sister site, Nebulaawards.com, has an interview with Charles Coleman Finlay who was nominated for his novella “The Political Prisoner.” 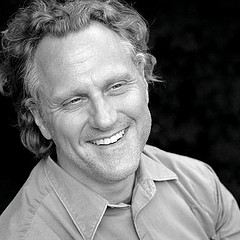 Authors, based on interviews that I’ve read and conducted, seem to be driven creatures. When was it that you realized that you just had to write stories?

I started drawing comics when I was 8 or 9 and writing stories shortly after that. In college, I wrote poetry and short stories, I drew comics and political cartoons, and had some very minor work published. But all in all, I was a dilettante. I daydreamed about being good at writing or art, but I wasn’t committed to doing the hard work. It wasn’t until I was almost 30, after my first son was born, that I decided to be serious about it.

You have to understand that my own father had wanted to be a painter but life had always gotten in the way. So there he was, struggling and in his 50s, when he won several million dollars in the lottery. Suddenly he had everything he needed, but he couldn’t seem to paint. He’d lost whatever spark he had. I looked at my own son and didn’t want to end up the same way. I didn’t want to be telling him “Go pursue your dreams” when I had never chased my own.

I’m not a naturally gifted writer like so many of my friends, but I love story. Story is very important. Fiction or non-fiction, history or autobiography–story is the way we make sense out of our experience in the world. So I started working at the craft of story-telling, trying to become the best writer I could be.

Read the rest of the interview with Charles Coleman Finlay