Morphology is a fantasy and science fiction writer’s best friend.

Seriously. Why? Because everyone uses it, and I mean everyone, whether they know it or not. Every story that makes up a name for a group of people and then pluralizes it is using morphology. Every story that takes a nice-sounding made-up word and then adds on a suffix to make the name of a country or city is using it too.

Morphology is prefixes and suffixes (and infixes). It is the study of the tiny pieces of meaning that make up words. Each of these pieces is called a morpheme. Some morphemes are free, which means they can occur by themselves and still have meaning. Examples:

Yes, these are words. But not all words contain only a single morpheme. Most contain one or more bound morphemes, which are meaning units that can’t occur all on their own. Examples:

So if we use these in combination we get words with one or morpheme, as follows:

If you have a fantasy or science fiction language, I urge you to think through the morphemes you use. There are a ton of people out there who make plurals by adding -i, or who make names of countries by adding -ia. But you shouldn’t necessarily fall into the default pattern.

Think first about the feel you want your language to have. A choice like -i for plural is different from -s, which gives the word a slight foreign feel (because of its Latin roots), but it’s still very under the radar for readers. This can be a good thing. On the other hand, your language could potentially use any sound or combination of sounds in its repertoire to pluralize (or it might not pluralize at all!). Using an unusual pluralizing suffix might stand out at first, but if it’s supported by the surrounding text so that its meaning is unequivocal, it can make your language seem far more interesting. The same goes for -ia, which is if anything more standard than the pluralizing -i.

The capital city is named after a man named Pelisma, and the suffix -ra means “place.”
Pelisma + ra=Pelismara, the place of Pelisma.

Morphology is a lot of fun, and when you create a system that makes sense, it shows in the story.

How morphology can help you! is reprinted by permission of the author.

Juliette Wade is an author of science fiction and fantasy who loves language and its cultural consequences. Her fiction appears in Analog and other short fiction magazines. She has degrees in Linguistics, Anthropology and Japanese. 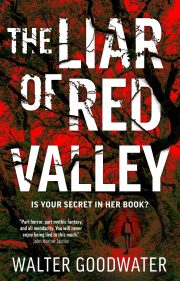