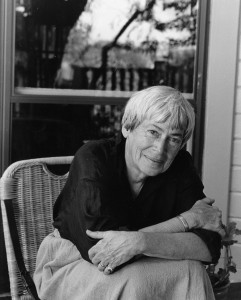 On December 18th, Ursula K. Le Guin posted an open letter on her website, resigning from the Authors Guild in protest about its role in the Google Book Settlement. She has been a member since 1972.

In part, the letter says:

I am not going to rehearse any arguments pro and anti the “Google settlement.” You decided to deal with the devil, as it were, and have presented your arguments for doing so. I wish I could accept them. I can’t. There are principles involved, above all the whole concept of copyright; and these you have seen fit to abandon to a corporation, on their terms, without a struggle.

So, after being a loyal if invisible member for so long, I am resigning from the Guild. I am, however, retaining membership in the National Writers Union and the Science Fiction and Fantasy Writers of America, both of which opposed the “Google settlement.” They don’t have your clout, but their judgment, I think, is sounder, and their courage greater.

Today, the Guild responded to her letter, arguing that the deal was good for authors and ultimately protected copyrights.

Litigation, particularly litigation over the bounds of fair use, involves risk. Some critics of the settlement wrongly dismiss that risk, but the fact is that we certainly could have lost the case. Losing would have meant that anyone, not just Google, could have digitized copyright protected books and made them available through search engines. Since creating a search engine is rather simple, anyone with a website — Civil War buffs, science fiction fans, medical information providers — would then have been empowered to start the uncontrolled scanning of books and the display of “snippets.” Authors would have no say in those uses and no control over the security of those scans. The damage to copyright protection would have been incalculable.