Our sister site, http://www.nebulaawards.com is hosting a series of interviews with the Nebula and Norton nominees.  First up is an interview by Tehani Wessely of John Scalzi. 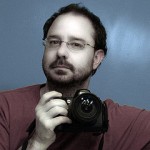 John Scalzi is nominee for the novella The God Engines and the Andre Norton Award for Zoe’s Tale.

Zoe’s Tale, a Young Adult novel which retells the events of The Last Colony (the third book in the Old Man’s War series) from the perspective of Zoe, was shortlisted for the Hugos last year and now it’s up for the Andre Norton Award, with your novella “The God Engines” also on the Nebula ballot. Would you please tell us how Zoe’s Tale came to be? And is it always exciting for your work to be recognised this way?

I wrote Zoe’s Tale partly because Tor, my publisher, was interested in me trying to write something that they could put into school libraries. This had coincided with my own interest in trying to write a story from Zoe’s point of view, which was convenient, so I went ahead and tried my hand at writing from the point of view of a teenage girl, which, if you are a late 30-something dude trying that stunt for the first time, as I was, is really a lot harder than it looks.

Getting award nominations for your work, whether from your writing peers (as in the case of the Nebulas) or from fans (in the case of the Hugos) is always a kick; to quote Sally Field, it means they like you! They really like you! And in the case of Zoe, it’s especially nice for me because it means I did a creditable job of bringing the character of Zoe to life, which as a writer was a challenge for me. 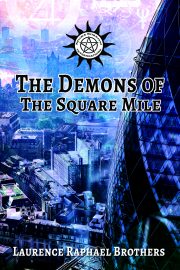 David Mack is the New York Times bestselling author of 36 novels of SF, fantasy, and adventure, including the Star Trek Destiny trilogy. He currently works as a consultant for two new Star Trek animated television series.