Spider Robinson has sent us the very sad news that his beloved wife, Jeanne, has passed away. 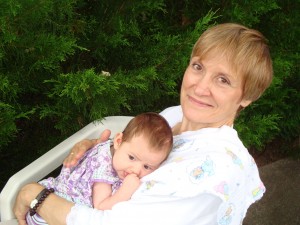 Jeanne Robinson left this life at about 4:45 Sunday afternoon, a gentle smile on her face. Her departure was quite peaceful and she was in no pain at all.

Because her Palliative Care doctor, Paul Sugar, was able to forecast her passing almost to the hour, her daughter Terri, son-in-law Heron and granddaughter Marisa flew back from NYC just in time, and were with me at her side when Jeanne died; and her mother Dorothy and sister Laurie arrived from Massachusetts only a couple of hours later, after Terri had had time to expertly make Jeanne look better than she had for days. Zen priests Michael and Kate Newton were also present per Jeanne’s wishes, as were our oldest friends in this part of the world, Greg McKinnon, Anya Coveney-Hughes and Stevie McDowell. Over the next few hours more sangha buddies arrived, and chanting of the Prajna Paramita Heart Sutra was done. Her body was then bathed and dressed in her hand-sewn rakasu as per Zen tradition.

In accordance with her wishes she will be cremated. Half her ashes will be scattered off this coast, and half will be taken back to her childhood home, Cape Cod, so that her East Coast family will have a place to go and visit her.

She has been such a strong and wonderful presence in the SF community and will be missed by all. Our hearts go out to Spider and the rest of Jeanne’s family.