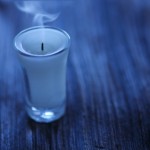 He was born and raised on a farm in Iowa.  He enjoyed running wild through the woods and exploring as a boy.  His exploring took a different turn as an adult, when he moved to California to study physics at Brigham Young University. His work as a physicist took him to Livermore and NASA.

His wife D’Ann wrote, “SFWA was an important part of his life, and he made it a point to review the works that were nominated and vote on them.”

Jerry will be missed.  If you would like to read some of his fiction, he had posted some online.