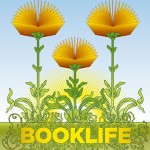 Sometimes, no matter your best efforts, you’ll find yourself stuck in a rut, bored with your work and yourself. At such times, here are a few techniques that may nudge or jolt you out of that mood.

Reverse Outlining. Many writers hate the idea of using outlines for novels or other books. The reasoning is that, yes, you need to know where you’re going, but if you know too much, it’s not interesting to write, and you are too bound by what you’ve written in the outline. Although I do outlines for some novels, I came to novels by an organic process of writing longer and longer stories, and it felt like to maintain a natural writing method I should continue to leap off into the unknown. Still, even back then I outlined every novel: I just waited until I’d finished the rough draft. At that point, I created an outline from what I had on the page, and you can do the same. Wherever there’s a rib missing, I know there’s something missing. Wherever there’s a second tail or a fifth leg, I know I’ve kept something in that needs to be amputated. Eventually, through reverse outlining you come to know the true shape of the creature that is your novel. (Sometimes you’ll actually keep that second tail.)

Conscious Input for Subconscious Output. If you’re stuck on your latest creative project, consider putting it aside for a day. Do nothing creative on that day, but prime your mind for the answer by thinking about every aspect of the problem. At the same time, even though it sounds counterintuitive, keep trying to distract yourself from the answer by living in the moment. Physical activities, including hiking, are great for this purpose—anything that requires your full attention. Then, right before you go to bed, tell yourself you’ll have the answer in the morning. While it doesn’t always work, you’ll be surprised at how many times you wake up with the answer in your head.

Re-imagine the Context. If you need to see a particular creative project in a different way, consider re-imagining its context. There are physical ways to do this and more radical ways. For example, change the font and the font size. Read and record your writing and listen to the results. Have others read it aloud to you. Rewrite a chapter of your novel from memory and compare the two versions. If you want to be more radical, transform parts of the project into something else. If you’re having problems with a character, write a version of the character as if he or she were actually an animal—a refugee from an ancient bestiary, a relic of cryptozoology. What would the person be like as an animal? Then translate the character back from animal into person. Or, take a scene and re-imagine it as the act in a stage play, forcing you to add more dialogue and take out description. Any way in which you can change the context will recharge your creativity by presenting your mind with a different problem than the one it had before.

Introduce a Constraint. Although similar to re-imagining the context, the introduction of a constraint has a slightly different application. It forces you to work within a boundary, and by staying within that boundary find new opportunities. For example, take a problem part of your text and ban the letter “t” or “a” from it. See if you can reconstruct the text and have it roughly mean the same without using that letter. In forcing your mind to perform this exercise, you often hit upon a new path out of your problem. 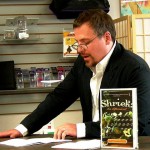