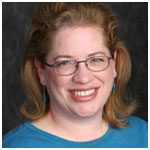 Even as picture books based on folk and fairy tales are on the wane, the world of children’s books is seeing a rise in fairy tale retellings for middle grade and young adult readers. In fact, this corner of the fantasy market seems to be experiencing a golden age, to the delight of die-hard fairy tale fans like me. If the larger wave of children’s fantasy in the nineties was a product of Harry Potter’s popularity, I’d attribute this wave of retellings in part to a couple of other successes: Ella Enchanted by Gail Carson Levine and the movie version of Shrek.

Like film adaptations of books, fairy tale retellings require padding, since the original material is inevitably short story length, though often even more lacking in detail. Most of the time the main characters don’t even have names! Of course, this need for padding is a godsend to the reteller, who can fill in those blanks with creative abandon. So we get a story like “The Twelve Dancing Princesses” merged with the world of fairy and a bit of vampire lore in a Transylvanian setting in Juliet Marillier’s Wildwood Dancing, we get Vivian Vande Velde’s multiple reinventions of a story she finds illogical with The Rumpelstiltskin Problem, and in a year or so, we’ll be able to read new Inkie Marissa Meyer’s Cinder, in which an android Cinderella must save the planet. Because—why not?

While some retellings hew fairly closely to the original plot, others take such creative liberties that the original scarcely remains as a handful of bones. Of course, any approach along this range can be successful. It’s very fun to see modern novel stylings wedded to the spare and slightly formal tropes of the traditional fairy tale.

I’ll just mention that in a way, the YA retelling comes full circle, since authors for teens feel comfortable reinstating the violence and sensuality that characterized the tales in their oldest versions, before they were sanitized for small children. Remember, before there was TV, there were people sitting around the hearth telling folktales. A lot of the Grimms’ stories really are grim! Just take a look at Adam Gidwitz’s new book for middle grade readers, A Tale Dark and Grimm, wherein he blithely stitches together some of the gorier tales while riffing on bad parenting and individual responsibility.

Of course, what I really want to talk about is my favorite retellings, and I hope you do, too. I’ll list a few I think are standouts, and then I’d love to hear what you think in the comments.

Cinderella—There are a lot of these out there, but I think Ella Enchanted is still a frontrunner when it comes to making something new and intriguing out of this famous tale. I’m also fond of a sweetly classic version by Eleanor Farjeon, The Glass Slipper. And let’s not forget our very own Malinda Lo’s Ash, in which the title character must choose between a fairy lord and the King’s Huntress.

Beauty and the Beast—Newbery Award-winning author Robin McKinley has written not one, but two variations, Beauty and (years later) Rose Daughter. I also enjoyed Alex Flinn’s contemporary take on this one, Beastly. There’s a movie version of Beastly coming out in March 2011, so we’ll have to see how it translates to the screen.

Sleeping Beauty—Try Robin McKinley’s version, Spindle’s End. I also like Helen Lowe’s Thornspell, mostly because it’s from the prince’s point of view, with a whole new way of explaining the curse.

The Goose Girl—Shannon Hale’s book is terrific, and it opened the door for her excellent Bayern series.

What are some of the best retellings you’ve read? 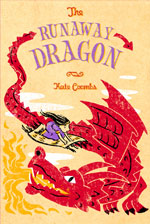 Kate Coombs is the author of two middle grade comic fantasies, The Runaway Princess and The Runaway Dragon, as well as an original folktale, The Secret-Keeper. She is bucking the trend against picture book fairy tales with a retelling of a Grimms’ tale, Hans My Hedgehog, due out Summer 2011. Other forthcoming books include a collection of ocean poems in 2012 and a contemporary fantasy picture book, The Tooth Fairy Wars, that’s awaiting an illustrator at Atheneum. Her most recent publication is a short story called “Impossible Quests” in Marion Zimmer Bradley’s Sword and Sorceress XXV. In addition to writing books, Kate maintains a children’s book review blog called Book Aunt and participates in creating a blog by writers of children’s and teen fantasy at The Enchanted Inkpot. Kate lives in Los Angeles, where her day job consists of teaching sick kids in their homes for the school district. She is happy to report that she just finished writing a new middle grade fantasy called Lemonade Wings. This post originally appeared at The Enchanted Inkpot, where additional comments may be found.