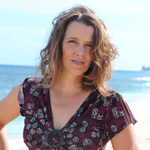 Why? because I was one.

There’s nothing like writing during adolescence. The intensity, focus, and emotional strength that such a writer brings to her/his work is, like a map frozen in time, sharply delineated and can’t be captured except as a memory of once walking in those lands.

In some ways (although not in others) I’m always trying to recapture the feeling I had then, the excitement, sense of exploration and possibility, the freshness and just how new and exciting and empowering it is to write.

A lot of things can get between me and that sheer flying feeling these days, but I love those moments where I’m writing in the impulse, skating on the now.

So here’s the deal: Work written by teens is invaluable to their development as writers.

By that I don’t mean people who didn’t start writing as teens aren’t going to be good writers; quite the contrary; I’m just speaking to a situation in which a lot, even most, of what is written by teen writers is not necessarily going to be ready for publication. In fact I would hesitate to suggest to any teen that they write “for publication” rather than “for yourself.”  In fact, I’d never suggest to any beginning or inexperienced writer that their main focus be on publishing rather than the experience of writing, finishing, and revising.

Every once in a while I receive email with a question about writing from a teen writer.

In one such email, the young writer wrote a bit about her enthusiasm for writing and the current project she had been working on. But she had reached an impasse. Her excitement had outraced her experience. She wrote:

I really have no idea about how to keep going.

You have great background material and overall plot idea, and a big idea that has a lot of possibilities. I suspect that what you’re facing, in terms of writer’s block, is mostly an issue of age.

The truth is, you’re still young. That’s a great thing, but it also means you’re dealing with a relative lack of experience in the world.

So just keep doing what you are doing. Keep your eyes and ears open to what is going on around you. Read widely. Observe and think and research. Get new experiences. Think. Travel, if you can (or go to places you haven’t been before however close they may be to where you live). Talk to people of all ages and backgrounds, and most importantly, listen to what they have to say.

Meanwhile, with the story itself, you have a number of options.

If you know where you want the story to end, you can work backward from the ending to figure out what series of events would best lead you to the goal you have in mind. If you don’t have a particular ending in mind, then you can choose whatever event follows on from the scene you just wrote; or you can just go with what seems most exciting to you.

In fact, what you’re going through is a common and normal part of the process of learning to write. As you gain more writing experience, you’ll begin to see patterns and understand better how narrative drives the story forward. The more you read engaging books, the more you can go back and re-read to try to puzzle out what the writer was doing with the plot and why it worked (or didn’t work).

And in fact, experienced writers also hit this roadblock. They’ve just learned more coping mechanisms to get through it.

So my answer to the question implied in the statement “I really have no idea how to keep going” is to suggest that you add on complications, setbacks, obstacles, funny bits, not funny bits, encounters, action, and so on that seem to you to fit what you want the book to be.

Not all of them will work. Many won’t, and you’ll either cut them and replace them with something else or revise them until they do work. And it’s okay that things don’t work. That’s part of the process.

This story may be successful in terms of becoming a complete story, or it may not. But in the end, all the writing you do on it and on every other story you write is a success in the sense that everything you write helps you learn to become a better writer.

—
Kate Elliott has been writing stories since she was nine years old, which has led her to believe either that she is a little crazy or that writing, like breathing, keeps her alive.

Her most recent novel is Cold Magic (Spiritwalker #1), an Afro-Celtic post-Roman alternate-19th-century Regency icepunk mashup with airships, Phoenician spies, the intelligent descendants of Troodons, and a dash of steampunk whose gas lamps can be easily doused by the touch of a powerful cold mage. Her previous series are the Crossroads Trilogy (starting with Spirit Gate), The Crown of Stars septology (starting with King’s Dragon), and the Novels of the Jaran.

She likes to play sports more than she likes to watch them; right now, her sport of choice is outrigger canoe paddling. She has been married for a very long time. She and her spouse produced three spawn (aka children), and now that the youngest has moved out they spoil their miniature schnauzer. Her spouse has a much more interesting job than she does, with the added benefit that they had to move to Hawaii for his work. Thus, the outrigger canoes. 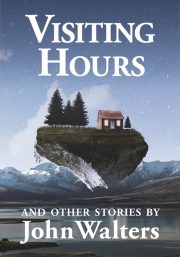