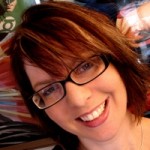 I’ve been in a lot of discussions recently with other authors and a few game designers about pricing. Over and over again, I hear comparisons to the iTunes model or whatever Amazon is doing. If “free” is not the golden calf, then ninety-nine cents is the deal of the decade.

From my perspective, pricing right now is being determined not based on the content that is being created, but by its ease of distribution and the potential market reach a website has. The iTunes model worked for music, and now it’s being applied to fiction and games, too. While I understand why this is happening, I’m disappointed that the pricing is based on availability rather than its intrinsic value. Impulse buy? Sure, but in my opinion, some things are worth paying more than ninety-nine cents for.

Just for the sake of argument, say that it takes a composer as much time to write a good song as it does an author to write a short story. Should they be priced the same? From a consumer standpoint, you listen to a song, regardless of what you’re doing. You can consume this song over and over again, and don’t have to drop your activities to listen to it.

Ninety-nine cent pricing should work for all publishers, right?

Readers who purchase a story are making an investment because they are committing their time to the product, much like a movie. Games are another beast entirely, because they often require a larger time investment depending upon the type of game. Also, many games require multiple players and have a much higher production value in terms of formatting than a story does.

Just for a second, take a game and price it at ninety-nine cents. Is it text-based? Typically, no. There’s often art, tables, borders and even color. What happens to your sales when you strip out all of that formatting? I honestly don’t know. Phil Reed was recently speculating about that, too. Would you pay the same price for two products that are identical in every way, with the exception of the formatting?

Now, to be clear, I am not advocating that hobby games publishers shouldn’t experiment with their product offerings. However, I am suggesting that ninety-nine cents is too low for the standard price of a game. If I had a hobby game company and my production costs were low, I would experiment with structuring themed games for four to six players with a suggested running time and package/develop/market it like that. (Renting, on the other hand, is a different beast entirely and I don’t want to get into that here. And yes, some publishers, like WoTC, are already going with boxed sets. My idea is nothing new. I just like the idea of playing around with a streamlined digital version.)

Lastly, a publisher’s inventory also comes into play. Say I own a gaming company and I have a total of twenty products. Would it make sense for me to price them that low? What if I had two? Or five hundred? What then? Of those products, how long are they? Core books or supplements? What value do they provide to my players?

Now, one thing that fiction publishers are doing is offering short stories from an anthology as individual downloads and then bundling them together in an anthology. This is interesting to me, because now instead of having one product to sell, you have eleven or thirteen. In this way, the “singles” idea from music increases a publisher’s inventory. Even though singles have always been sold, traditionally we have purchased albums or CDs from musicians or, in other words, an anthology of an artist’s music. Here, there’s a loose correlation to fiction based on how a product is structured.

I have also heard some use “piracy” as a low-price argument. My two cents: Pricing your products at a lower price because you think they’re going to be stolen is not a business model. Why? Because you are defining your sales goals on either making more than nothing or generating revenue to cover losses you have not experienced. To quote Spock: This is not logical. By structuring your business around whether or not you think your product will be stolen, you’re predicting that your potential customers could all be thieves. Ugh. That’s a crappy way to treat your customers. (On the receiving end, too. Went to two, different businesses for returns this holiday season and I felt like a criminal.)

But Biff is doing it, so why can’t I?

I have never talked to a creative professional that deeply and truly did not love to write, design, paint, program, photograph or draw, but I have talked to people who hate running and owning a business. When you write or edit and sell that work, even if it’s in your spare time, that’s pretty much what you’re doing. Many people, including myself, are thrilled that the internet gives them the chance to collaborate or see what the next guy is doing to keep up on the trends. However, what works for your neighbor may not work for you, which is why I strongly encourage you to think before you leap. Yes, you have to take risks and believe me I understand that now more than ever. This is where your business acumen comes into play. Run the numbers. Do the cost analysis. Ask yourself those important questions. What percentage do you need to increase sales by at a lower price to break even? Do you know what your production costs are? Can you look at historical trends? Is there a segment of your business you can safely experiment with? How long can you offer this promotion before it hurts your bottom line?

To be clear, I am not saying that some sort of industry standard for pricing is bad. What I am saying, is that I believe the standardization of a popular business model is not a healthy or reasonable expectation for any business. You can’t take a template and mold businesses that have been around for a year, five years or even ten years and expect them to change overnight just because something is working right now. Unfortunately, like offering things for free, the market (e.g. customers) may react that way even if the reality is very different. Take social media for example. It’s the hot thing that everyone’s talking about, but no one knows why. Does every business need to be on Facebook, Twitter, etc.? No, because like any other business venture there are pros and cons to doing it and social media doesn’t always equate to sales. Does it mean that that business is evil? Not at all. They’re doing what works for them. Same is true with ninety-nine cent pricing or offering free product, etc.

Can you give me an example?

Recently, I brought up this topic with Jason Sizemore over at Apex Book Company. What I told him was, that even though Apex publishes science fiction, horror and fantasy books and may be the same size as other small press publishers, he has his own modus operandi, goals and future. It’s great to talk shop and be inspired by like-minded businesses, but no one should immediately run out and change their business structure because someone else is doing something that appears to be successful without thinking it through. I feel that Apex has a better chance of emerging as a leader because Jason is concerned with forging his own identity and he has good people to help him do that.

One big change that I recommended, was to stop offering the magazine for free and go to a subscription-based model. This was in place already, after a fashion, but I had suggested the semantics were confusing. Many creatives use the word “support” when talking about their artwork or music or whatever. You support a team or a cause. You buy from a business or you purchase something you want. In order for the magazine to be profitable, the donation suggestions needed to be removed and the subscribers rewarded. This was a great example of how free stuff works for some businesses, but too much free can distract a reader from converting into a buyer. In the end, Jason’s decisions aren’t solely based on his gut or my suggestions, they’re inspired by data, which gives him something to work from.

For extra credit, here’s some additional reading material and tools on the subject that pinpoint different issues through the past year:

Monica Valentinelli is an author and game designer with a professional background in online marketing. Described as a “force of nature” by her peers, Monica has been published through Abstract Nova Press, Eden Studios, White Wolf Publishing, Apex Magazine and others. Her credits include: a short story entitled Pie in the award-winning Buried Tales of Pinebox, Texas anthology through 12 to Midnight and The Queen of Crows. She is also a developer of the HACK/SLASH card game based on the horror comic by Tim Seeley. For more information about Monica, visit MLVWrites.com.