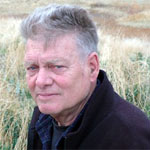 A “mainstream” short story can be about anything: a mood, a character, a setting, even a flashy writing style. A genre (SF or fantasy) short story is about an idea. The fictional elements (character, plot, setting, etc) are only there to dramatize the idea.

Here are the rules for the SF (or Fantasy) short story:

1. Keep it short . It can and should be read in one sitting. That’s the first rule.

2. The novel’s timeline is folded into the reader’s real time. The short story is itself a real-time event. That gives the form a certain “Hey, you!” authority, like a fire or an arrest. Use that authority.

3. The SF reader is a gamer who brings a problem-solving intelligence to the story. This is the SF writer’s one great advantage. Use it.

4. The more extraordinary the idea, the more ordinary the language. Experimental writing is for quotidian events. James Joyce and Virginia Woolf understood this.

5. Keep your timeline simple. Flashbacks are out of place in a short story.

7. No dialect. Jargon is OK but only if doesn’t have to be explained.

8. One world only. Dreams are out of place in a short story.

9. Fantasies are out of place in Fantasy.

10. The stranger the idea, the realer the world must seem to be.

11. A few objects make a world, the fewer the better. William Gibson’s good at this. It’s called art direction.

12. No info dumps. The short story IS an info-dump.

13. The short story is the controlled release of information. Let the reader know from the first line who is in control.

14. Be stingy. Generosity is out of place in the short story.

15. Don’t be chatty. The novelist makes friends with the reader. The SF reader is both accomplice and adversary but never friend. Think of it as a contest in which he is pleased only if he loses.

16. Genre is a matrix of expectations. They are yours to grant, deny or delay, but you must know what they are. Don’t be writing SF if you haven’t read it.

17. One idea is enough for a story. Two is more than enough. Three is too many.

18. One POV is enough. Two is more than enough. Three is too many.

19. Watch your POV and keep it consistent. Be strict. If you relax, your reader will too.

20. The main character should be a little stupid. This flatters the reader.

21. One character should never tell another character the story. Conrad could do this but you can’t.

22. If you have more than one character, make them work at cross purposes. You can kill one if you like.

23.Too many little impediments make a story seem jiggly. One or two big ones are better.

24. A short story should cover a day or two at most. A week is stretching it.

25. One setting is best. Movement is not action.

27. Every character has a history, but most don’t belong in the story. This is Hemingway’s rule.

28. Know who is telling the story, and why. This can be the hard part.

29. Even a story without a narrator has a narrator.

30. Polish. Short stories are like poems in that they may be read more than once. A really good short story will be read several times. Beware.

31. Polish. Your readers should fear you, a little.

32. Use your characters to release the information. This is what they’re for. Try not to have them read it in newspapers.

33. Make their dialogue do double or triple duty. Small talk in SF is like carbonation in wine. It detracts.

34. Humor is OK but only if it seems offhand. Never pause for a laugh.

37. No wizards or dragons. They will make your short story seem like a part of a longer, less interesting piece.

38. Don’t meander or digress. You can pretend to meander for misdirection. See below.

40. Fights are only interesting in real life. They are boring in stories.

42. Plot is important only in time travel stories. They must have a paradox. This limits their range severely.

43. Symmetry is more important than plot. A short story must make a pleasing shape, and close with a click.

44. Sex is out of place in a short story, unless it has already happened or will happen after the story is over. See 40, fighting, above.

45. Surprises are good, but only if they appear to be planned.

46. Try to put something interesting on every page. This is Gene Wolfe’ s rule.

47. Telling can be better than showing. It all depends on who’s doing the telling.

50. Go easy on character descriptions. Nobody cares what your characters look like. They only need to be able to tell them apart.

51. Repetition is good for symmetry but must be used carefully, like Tabasco.

52. Never write about a writer. It makes you seem needy.

54. Withhold as much information as possible for as long as possible. When the reader knows everything, the story is over.

55. After you finish your story, go back and cut your first paragraph. Now it is finished.

56. Imagine a reader both sympathetic and cruel. Pretend you are that reader when you edit.

57. Read your story aloud. It must run under a half an hour. This is about 4000 words. Anything longer than this and people start to fidget.

58. Don’t do voices. A dry, academic reading style is best unless you are John Crowley or Gahan Wilson.

59. Ignore these rules at your peril. 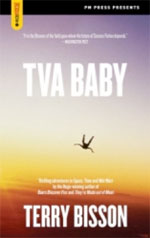 Terry Bisson is the author of seven novels. Overlook Press of NY will release his newest novel, Any Day Now, in 2012. His short fiction has turned up in Playboy, Asimov’s, Omni, Fantasy & Science Fiction, Harper’s, Socialism & Democracy, Tor.com, Southern Exposure, Infinite Matrix, and Flurb. A new collection, TVA Baby, is a 2011 PM title. “The 60 Rules for Short SF (and Fantasy)” first appeared in The New York Review of SF.