The Google Books lawsuit, which generated a widely hailed and criticized settlement that was ultimately rejected by the court, will go to trial–although the parties in the case say that they are still in talks.

The Google Books case is headed to litigation. At a status conference Thursday, Judge Denny Chin adopted a proposed trial schedule that, if followed, would have the case ready for trial by July 2012. But the conference also offered a ray of hope, as attorneys said that settlement talks were progressing. AAP attorney Bruce Keller told Chin that the publishers had agreed to the proposed trial schedule, but that substantial progress had been made between publishers and Google, and that he hoped the trial schedule would become “moot.” Google attorney Daralynn Durie echoed that expectation later in the hearing, also telling Chin that progress was being made and noting that the business principals “not the lawyers” were in discussion…

In other Authors Guild lawsuit news, a consortium of library groups has issued a statement criticizing the AG’s recently filed lawsuit against several major university libraries over their use of orphan works via the HathiTrust repository.

“The case has no merit, and completely disregards the rights of libraries and their users under the law, especially fair use,” the statement reads. “We are confident the court will not look kindly on this shortsighted and ill-conceived lawsuit.”

For a thorough (though pro-library) analysis of the orphan works issue as it pertains to libraries, see this research packet from the Association of Research Libraries.

On the other side of the issue, the Authors Guild has punctured the assumption of due diligence in HathiTrust’s procedures for locating copyright holders for the orphan works it plans to issue. So far, the AG has (easily) located the copyright holders for three so-called orphans: The Lost Country, a novel by J.R. Salamanca; a study on adolescent aggression by psychologist Albert Bandura; and Confusion, a novel by James Gould Cozzens. A subsequent post on the AG’s blog, listing HathiTrust’s “orphan work candidates” and inviting comments from the public, appears to have located several more. 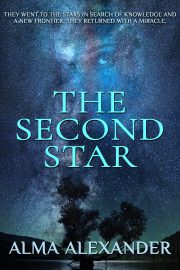