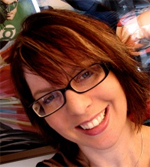 I was at a writer’s conference this past weekend called A Weekend With Your Novel. These are the same folks who put together Write By The Lake and other, similar programs. I had taken a class from Christine DeSmet way back in the day, when I was in college, and was familiar with the depth and breadth of her experience, so I gave it a shot. I received several techniques for the areas I need to focus on — many of which popped up in some of the trunk novels I wrote and Redwing’s Gambit during the revision process. The instructors know their craft. For that reason, I’d go again. The other authors I talked to, however, well… That was a different story. I did not feel that this was a good place to network on that front.

I do work-for-hire and I also understand marketing. So when the stat popped up that 90% of queries to agents get rejected because they aren’t saleable concepts, I nodded my head. Many authors (myself included) start out writing a story for their own vanity. This is often very personal and rationalized in the category of “very important to share.”

Yes, absolutely, that may be true. However? That does not necessarily mean that your story to teach the world about X is a saleable concept. Read other books in your preferred genre. Understand what people are reading. Then, tailor your novel to be a story people will want to read — not your personal soap box because you, out of nigh seven billion people on the planet, will change the world with your one story that someone else has probably already written.

I’m sorry to be so harsh, but honest-to-God I did this to myself when I was 19 because this was broached as one of the big no-no’s in my writing program. I wanted to understand why. So? I wrote an awful story about some stupid date and used Metaphor; I thought it was brilliant and witty and insightful and important. Everyone in my crit group laughed at me. It was embarrassing as hell, but it taught me something: what *I* think is crucial to my world view doesn’t necessarily make a good story other people will want to devour in one sitting. It was obvious I was writing about myself, which turned the story into a stain of insecurity, rather than something with a plot people want to spend money on.

When the subject of popular books or mass market came up in my talks, most people were confused. I mentioned Dan Brown, zombies, Twilight, Harry Potter. Some people laughed at popular books throughout the day and showed obvious disapproval when I mentioned I did work-for-hire. Man, I felt like I was back in college where writing is Art and only Real authors write their OWN STUFF and are BROKE until IT happens. (Again, I want to stress that this was not from the organizers…)

Then the speaker, Karen Doornebos who wrote Definitely Not Mr. Darcy, reinforcing many of the things about having a saleable concept, sacrificing, revising, how you never stop learning, etc. I listened, I nodded, and I understood. She’s successful (Go Karen!) and she had some great advice. I hope it did not fall on deaf ears. Hell, I have a lot to learn about writing a damn, good novel.

So let’s get back to that whole laughing at work-for-hire authors or trashing popular books or not understanding what a saleable novel is.

Fact #1: I don’t care how much you hate Twilight. Stephenie Meyer sold millions of books. She *had* to be doing something right. If you don’t agree, then you don’t understand why her popularity is important.

Fact #2: Turn your nose up at Dan Brown all you want. Besides selling a zillion copies, the man’s storytelling was so believable, other authors wrote NON-FICTION to DISPROVE his MADE UP STORY.

Fact #3: *coughs* There is nothing wrong with making money as an author. Let me repeat that: THERE IS NOTHING WRONG WITH WRITERS MAKING MONEY.

Fact #4: While every author’s path is different, there are some conventions to storytelling and the publishing business. <– Key word: business

Fact #5: I care about what books are popular because I want to write stories that people will want to read. Seriously. It’s not the dollars, because you can’t predict how many copies will sell. I know that I’m in this for the long haul. I’m looking at many novels as opposed to just the one.

And last but not least?

Fact #6: I’m not a hack because I write-for-hire, I’m a business woman. I learn all the time from whatever project I do (big or small) and apply that for the next one *and* get paid for the work I do. The work I’ve done professionally has helped me understand what sells, what doesn’t, what works, what won’t. Everything that I’m doing is to support my path and (not kidding) beyond my retirement. Writing will always be there for me, whether I have a job or not regardless of my age, and I love it to pieces. I am an artist, but one who wants to get paid for my efforts.

Fact #7: If you don’t have a saleable concept, then maybe getting an agent isn’t right for you. THERE IS NOTHING WRONG WITH NOT GETTING AN AGENT OR WRITING LITERARY FICTION. There are thousands of small press publishers you don’t need an agent for. The reason why I’m saying this? Is because there’s the craft of writing and the business of writing. You can know one but not the other. The trick is being humble enough to know where your strengths and weaknesses are.

So, apologies for the rant, but this has been weighing on me like a ton of bricks. (To use the proverbial metaphor.) The good news, is that I feel I do have a saleable concept and know the business enough to explore my options. Right now, all I care about is writing a damn good story that people will want to read. I’m working on my versatility, in the mean time, by penning trunk stories and flash fiction. My path is my own, your path may be your own, but seriously…

Making money as a writer is not a bad thing. This is a business, like any other, even though writing is Art. Like any other form of creative expression, there’s commercial art and indie art and everything in between art. Doesn’t mean one’s better or worse than the other. All it means, is that one is more commercial and, ergo, will be more popular as a result.

Monica Valentinelli is a professional author and game designer. Described as a “force of nature” by her peers, Monica is best known for her work in the horror, dark fantasy and dark science fiction genres and has been published through Abstract Nova Press, Eden Studios, White Wolf Publishing, Apex Magazine and others. Recent credits include: Paths of Storytelling, an interactive experience for Vampire: the Masquerade and the short story “Tomorrow’s Precious Lambs,” available in The Zombie Feed, Volume 1 anthology. She is also a developer of the HACK/SLASH card game based on the horror comic by Tim Seeley.