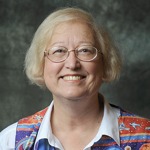 Connie Willis is the award winning author of Doomsday Book, Passage, To Say Nothing of the Dog, Bellwether, and Blackout/All Clear. Connie has been awarded 11 Hugo Awards, 11 Locus Poll Awards and 8 Nebula Awards. Her stories have an epic feel to them and range from laugh out loud funny to deadly serious. The first half of her newest novel, Blackout, was published in February 2010 with the second half, All Clear, was published in October, 2010.

Firstly, congratulations on the success of Blackout/All Clear. Given how long you have been working with the world and characters in this universe, was it a relief to conclude the story, or do you miss them?

When I first completed Blackout/All Clear, I was incredibly relieved, mostly that I’d actually finished it, since for most of the eight years I worked on it, I didn’t think I could, and also that I hadn’t died before I finished it (always a concern at my age–or any other–and I have to tell you there were moments when death seemed like a really nice alternative. At one point in the long slog, I was on a plane experiencing a lot of turbulence, which usually freaks me out, but this time I thought, “Well, at least if we crash, I won’t have to finish the stupid novel.”

So, yes, really relieved. But a little sorry, too. I really liked Polly and Eileen and Mike–and even Alf and Binnie. No, that’s a lie. I loved Alf and Binnie. They were my favorite characters, and Sir Godfrey was my second favorite.

And for all of you J.M. Barrie fans out there, I actually like Barrie quite a lot. It’s just that he sometimes gets sort of precious and “twee,” and as Sir Godfrey would be quick to tell you, he just can’t compare to the Bard! But I love Peter Pan (the Mary Martin version, which is the ONLY real version.)

Apparently Blackout/All Clear was originally three volumes – was there any material you had to leave out that might appear elsewhere one day?

Blackout/All Clear was much longer and had to be cut–and cut–and cut. But it wasn’t a matter of leaving out scenes or storylines, merely of cutting lines and words and condensing everything down, so no, there won’t be deleted scenes or a much longer version coming out in the future.

I don’t actually like the idea of a much longer “director’s cut.” Whenever I’ve read them I’ve always thought, “Gosh, I see why the editor made them take that out”–not a good thing. You should always, as some vaudevillian said, leave ’em wanting more, not slogging their way through tons of non-essential stuff.

Your interest in Londoners and the Blitz has obviously been around since at least 1982’s “Fire Watch.” Why was it that your time-travelling historians first went the middle ages in The Doomsday Book, rather than the era explored in “Fire Watch” and Blackout/All Clear?

After I wrote “Fire Watch,” I never intended to do the Blitz again, but as Cutter says in Primeval (my favorite TV show), when talking about the past: “I’m finished with it. I just don’t know if it’s finished with me.”

I kept thinking about the Blitz and World War II and finding out cool new stuff about the intelligence war (which became the Ernest parts of the book) and the evacuees and the tube shelters and rescue squads. I wrote a couple of shorter things–“Jack” and “The Winds of Marble Arch,” but neither one of them got it out of my system, and finally I decided to do a whole book about the war and hope that did it.

Apparently the Roswell project has been in your head for a while as well, as you explore this in “Roswell, Vegas, and Area 51: Travels with Courtney.” Can we expect the book to be one of your more comedic?

Absolutely. What else could a book about the famed UFO Museum, Liberace, people who believe they’ve been abducted (and probed) by aliens, and the Las Vegas Strip possibly be but a comedy? it’s also my version of a Road Picture, which I’ve always loved, movies like The Road to Morocco and It Happened One Night and The Sure Thing.

I also love Westerns and the West depicted therein (even though Monument Valley has a bad habit of moving around–sometimes it’s between Tucson and Lordsburg, sometimes it’s in New Mexico, and in at least one instance, it was on the road from Denver to Cheyenne) and that will be in my novel, too. Plus, it’ll be a romantic comedy.

Your novels, in particular, appear to be very much research-driven, in the sense that they incorporate significant historical research or research into odd things such as the fads in Bellwether. In what ways does your obvious passion for research drive or shape your fiction?

Research is a lot more fun than writing. I could go on looking things up forever, and sometimes that’s a problem. There’s always a tendency to put stuff in a story whether it belongs there or not, just because you spent all that time researching it, as in “I spent months studying fourteenth-century weaving, and by God, you’re going to sit there and listen to it.”

But, trust me, no one’s as interested in Civil War armaments or fads or dinosaurs or how to defuse a bomb as the writer is. What readers are interested in is what’s going to happen to characters they care about. I try to keep that always in mind, even as I stick in fascinating bits about Bugsy Siegel and hula hoops and Ultra.

With 11 Hugos and 7 Nebulas under your belt, you have won more major awards than any other writer in the field. Why do you think your work has such a broad appeal to sf readers?

That’s such an impossible question to answer. No artist is any good at judging his own work. Mark Twain thought Tom Sawyer was his best novel. Fred Astaire said he was “just a hoofer.” And when writers talk about what people like about their work, they’re usually dead wrong. I know what I like in books and movies, which is characters who are in over their heads and trying to do their best in impossible circumstances; mysteries that need to be solved; no-win situations; people who care about each other and about the world more than they do about themselves; revelations (both good and bad) that hit you right in the stomach and knock you off your feet; and irony. And I try to put all those in my stories.

And fail miserably. But whatever’s good in my books probably comes from them.

Dr Helen Merrick joined Internet Studies in 2001, after working in a number of other Western Australian Universities teaching cyberculture, women’s studies and history. Previously she worked for the Women in Leadership program at Edith Cowan University, and was the Acting Director of the Centre for WA History at UWA. In addition to teaching in the Department of Internet Studies, Helen supervises a number of PhD students, and pursues research interests in feminist theory, science fiction, feminist science studies, sustainability and online cultures.