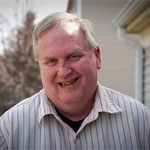 Every year, I teach a science fiction and fantasy writer’s workshop for fifth through eighth grade gifted and talented students. As an initial ice-breaker/exercise, I ask my students to take a minute to create a list of words they associated with science fiction. Then I go around the class and have them read from their lists. This year, one word appeared over and over. “Apocalypse.”

When did this word become so closely associated with science fiction?

My own, crotchety-old-man opinion is that it has its origins in the veritable flood of dystopian “science fiction” that current adult angst has foisted on the young people of today. While dystopias and dark futures are part of the grand history of science fiction, apocalyptic novels like A Canticle For Leibowitz, The Postman, The Stand, On the Beach, and I Am Legend, were not targeted and marketed to Young Adult readers as they are now. Can you name a current YA science fiction novel with a strong message of a hopeful future?

I’ve been a science teacher for 32 years, teaching mostly earth science, physical science and biology. I’ve taught sciences from Astronomy to Zoology for students who are special education, gifted and talented, whose first language is not English, and those who are perfectly average in every way.

While it has always been my intent to teach the facts of chemistry, physics and biology, I cannot say that that was what I taught. For students who are 10-18 years old, more than anything else, I teach the love of science.

I believe this is what’s missing in today’s YA science fiction.  Many of todays books present grim futures in brutal clarity . But where’s the inspiration, the sense of wonder?

Our society and technology is hardly the epitome of endeavor; to believe we’re at our pinnacle is mild hubris at best. So why should our future be worse?

In an interview, Neal Stephenson, a Locus, Hugo, BSFA, Clarke, Nebula, Campbell, and Prometheus nominated and awarded author best known for his book Cryptonomicon, has said he “fears that no one will be inspired to build the next great space vessel or find a way to completely end dependence on fossil fuels when our stories about the future promise a shattered world.”

Based on what I’m seeing on the bookshelves these days, I share his concern.  But it need not be this way. Writers have the wherewithal to produce compelling, though-provoking tales in which science solves today’s problems, in which technology turns those solutions into tools to forge hopeful tomorrows. Science fiction can inspire young adults; it need not turn dreams into nightmares.  I believe in a better future and I want our kids to be able to imagine one too.

Guy Stewart is a husband, father, father-in-law, grandfather, teacher, counselor and writer — not always in that order! His work has been published in Analog, Cricket, Cicada, and The Writer as well as in several anthologies including Stupefying Stories, The Aether Age: Helios and was produced as a podcast by Cast Of Wonders. He’s also a member of SCBWI as well as serving on the second and third Norton Award Jury. He’s been shopping Heirs Of The Shattered Sphere a YA novel that takes place on a hollowed-out asteroid that collides with an ancient AI, remnant of an interstellar war fleet sent to annihilate the Solar Masters on the first planet. …