When I began doing research for the Writer Beware website in 1998, Marcia Yudkin’s invaluable article on recognizing writing scams was among the first resources that I discovered. In this week’s guest blog post, Marcia takes a look at a different issue, but one of equal importance to aspiring writers: taking the time to learn your craft before diving into the ever-more-easily-accessible world of publishing.

IN PRAISE OF RIPENING 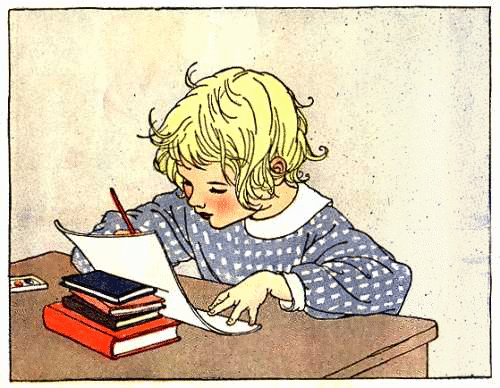 “Write a Book in a Weekend!”

“Write a Book Without Lifting a Finger!”

We have seen ridiculous headlines like these online for years, but a new variant from the Get Rich Quick world has sprung up, threatening much greater harm to vulnerable wannabees and to all of us who value writing worth reading.

The word has gone out that Kindle publishing is a great way to make money fast. Churn out a short novel or how-to text with series potential, follow up quickly with a sequel, price the ebooks at $.99 or $2.99, enroll in Amazon’s KDP Select program and go for as many downloads as possible during your five free days. Then sit back and enjoy huge monetary success.

Advice for making a killing on Kindle emphasizes market research, speed and quantity. I have been watching a group of beginning fiction writers trade stories about novelists whose Kindle originals became best sellers, creating an end run around the confines of traditional publishing. They share tips on how to write 20 pages a day, congratulate each other on finishing and then publishing their first draft, post five-star reviews for one another (sometimes without reading the work in question) and then discuss how to bury negative reviews that disparage their work as boring and soulless.

Rarely mentioned in these circles are tips on how to write a better book. On the contrary, they applaud the attitude of John Locke, author of How I Sold 1 Million eBooks in 5 Months: “Your book doesn’t have to be world-class. You just have to write well enough to sell lots of books.” Locke admits he doesn’t know anything about plotting, narrative or dialogue, and he is proud of not letting that stop him.

Such a know-nothing stance perpetuates a notion that effective writing can be instinctive. True, there’s probably one in a million who has a knack for writing that takes him or her far without any study or instruction. However, most of us improve in writing, as in music or acting or gymnastics, only when we have concepts for understanding what we’re doing and direction from those more experienced.

When I was an aspiring fiction writer, long ago, I attended writers’ conferences and studied books like Meredith and Fitzgerald’s Structuring Your Novel to learn how to craft satisfying plots and characters in a style that was free of telltale amateur moves. I learned why it was probably not a good idea to start a story with someone awakened by an alarm clock or a bad dream. I discovered how to avoid character stereotypes and mixed metaphors, the importance of a consistent point of view and ways to start a story with strong narrative momentum. When you skip all that, you inevitably – and unnecessarily – inflict a clumsy reading experience on buyers.

And by skipping writers’ workshops, classes or critique circles, you miss out on a crucial wake-up call that every author needs in order to mature as a communicator. This is the shock of discovering that what you meant in a certain sentence, paragraph or passage of your writing did not come across as you intended, and maybe even came across as the opposite of what you meant. In the light of this jarring revelation, you realize that readers aren’t stupid and that it’s your responsibility to take into account their expectations and ideas about language and the world. Then you have the foundation for becoming an ever-better storyteller and wordsmith.

Also missing from the Get Rich Quick paradigm for authors is a role for feedback from teachers, mentors and editors. I’ll never forget a workshop leader handing me a chapter I wrote with dozens of red-ink crossouts on every page. “Listen, I haven’t butchered your work. I’ve only shaved it,” he said. “See how much stronger it is without all the extra words.” Likewise, I have learned so much from my editors – lessons about word order, pacing, punctuation, closing story loops and much more. John Locke does say he spent $2,000 early on for a critique from an editor and profited greatly from the assessment of his strengths and weaknesses.

Even so, I lean more toward the wisdom of something I heard novelist Sue Grafton say once at a conference. “I figured writing books was at least as hard as being a doctor, and since medical school is five years, I gave myself five years to learn how to write a novel,” she said, acknowledging that this was not something beginners liked to hear. Similarly, the most recent issue of Writer’s Digest quotes Chris Cleave, best-selling author of Little Bee, saying that his writing process includes “weeks where I’m working but nothing great is coming out, and then I’ll have this insight into how I need to throw away 20,000 words and rewrite them.”

You won’t ever find folks who tout ebooks as a route to easy riches talking about studying for five years or throwing away such a large chunk of effort. And that’s why, with the absence of any gatekeepers and the lack of respect for quality in their publishing model, readers and writers everywhere stand to suffer. As the current trend spreads, we risk having literary marketplaces that are drowning in unripened works, making it harder for superb new writers who deserve attention to find readers.

Publication of clunky first drafts harms those authors as well. Pre-Kindle, eager writers had to spend much longer in the learning phase. Beginning writers could self-publish in paperback, but the expenses involved deterred most neophytes until they were certain they had something that merited the investment. Publishing on Kindle, however, costs little or nothing, encouraging novices who don’t have a clue about their amateurishness to publish half-baked embarrassments. Then instead of improving from feedback in workshops or from teachers, they will get hammered by most readers and quit or get acclaimed by a small, uncritical audience. Either way, the belief that craft is not worth their time gets reinforced.

If you care about good writing, please help me spread the word that both authors and the public are better served by learning to write well before getting published. The money earned by letting your skill ripen is probably greater and more reliable. You would just get rich more slowly – and enjoy the intrinsic delights of excellence along the way.

Marcia Yudkin’s 16 paperbacks include a Book of the Month Club selection from HarperCollins and two self-help titles that were featured on the Oprah Winfrey Show. Her short stories have appeared in both literary and high-circulation magazines and she has delivered commentaries on National Public Radio. She teaches a course for nonfiction writers who want to join the ebook revolution while living up to traditional publishing standards: http://www.yudkin.com/kindle.htm.