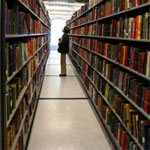 In Silent Interviews,  Samuel R. Delany said: “I begin, a sentence lover. I’m forever delighted, then delighted all over, at the things sentences can trip and trick you into saying, into seeing. I’m astonished—just plain tickled!—at the sharp turns and tiny tremors they can whip your thoughts across. I’m entranced by their lollop and flow, their prickles and points. Poetry is made of words, Mallarmé told us a hundred years back. But I write prose. And prose is made of sentences.”

Inspired by Delany’s declaration, I asked writers to come up with one sentence they love and to explain why they love it, in one sentence. Here then, are some of their favorite prickles and points, their explanations of allure.

“Some of these games go way back.” –Harlan Ellison, “Pretty Maggie Moneyeyes.”

Connie Willis: When you read this sentence at the beginning of the story, it means one thing; when you read it at the end, it means something entirely different–and it’s devastating.

“The changeling’s decision to steal a dragon and escape was born, though she did not know it then, the night the children met to plot the death of their supervisor.” ~Michael Swanwick, The Iron Dragon’s Daughter.

Gregory Frost: A brilliant opening sentence offering two narrative hooks: one for the first chapter (“the death of their supervisor”) and one for the larger arc of the novel (“decision to steal a dragon”); like the first sentence of Garcia Marquez’s One Hundred Years of Solitude, Swanwick’s precision makes this a diabolically good opening line.

“And each stroke of his tongue ripped off skin after successive skin, all the skins of a life in the world, and left behind a nascent patina of shiny hairs.” –Angela Carter, “The Tiger’s Bride.”

Theodora Goss: This is the sentence in which Beauty transforms, having chosen to become a beast: it’s poetic and political and tactile, and when I read it I feel a sense of triumph.

“…man is where the falling angel meets the rising ape.” ~Terry Pratchett, Hogfather.

Jay Lake: Actually a sentence fragment, this little phrase — among my very favorites bits from any author, anywhere — embeds three thousand years of Western philosophical and spiritual tradition neatly into post-Enlightenment empiricism with an economy of words and a grace of phrasing that I could write a hundred years without ever matching.

“Through them could be seen a tiny, three-dimensional picture in full detail and colour of the original war memorial, placed there to remind viewers that there was nothing great or noble or beautiful about war.” ~James White, “Tableau.”

Robert J. Sawyer: As a pacifist and an idealist whose writing often veers toward Utopian fiction, I’m sometimes embarrassed by the prevalence of military science-fiction books (not to mention SF movies and TV shows with “Wars” or “Battle” in the title) that seem to glorify armed combat, but this lyrical sentence — the concluding one from Belfast writer James White’s “Tableau,” my all-time favorite science-fiction story — proved to me early on that there is also room in this field for hopeful, peaceful, upbeat swords-into-plowshares visions of sunnier tomorrows.

“Many years later, as he faced the firing squad, Colonel Aureliano Buendia was to remember that distant afternoon when his father took him to discover ice.” ~Gabriel Garcia Marquez, One Hundred Years of Solitude.

Lisa Goldstein: It does so many things so well, in just a few words — it shows how the mundane can become magical as the father and son “discover” ice in a tropical climate, but it also gives you a tremendous feeling of expectation, of disorientation, as it heads into this flashback and leaves you wondering what will happen to Buendia in front of the firing squad.

“Indeed, since the aerial routes and the well-organized road routes had appropriated three-quarters of the passengers who used to make their journeys by train, the remaining railway companies had fallen into a settled melancholy; an idle and repining despair invaded their literature, and its influence was noticeable even in their time-tables.” ~Stella Gibbons, Cold Comfort Farm.

Genevieve Valentine: Score one for this stealth sci-fi novel, which clearly knew what was coming.

“I’ll turn you into a bad poet with dreams.” ~Peter S. Beagle, The Last Unicorn.

Nisi Shawl: The Last Unicorn contains many beautiful sentences, but the one that has stayed with me–as a warning of how horrible my chosen life could be–is the curse threatened by magician manque Schmendrick.

“What the hell is a handful of blood?” ~Fyodor Dostoyevski, “A Gentle Creature.”

Jeffrey Ford: This is the response of a man who is told that “a handful of blood” came out of his dead wife’s mouth after she jumped, clutching a religious icon, from the upstairs window of their house.

“Whenever I find myself growing grim about the mouth; whenever it is a damp, drizzly November in my soul; whenever I find myself involuntarily pausing before coffin warehouses, and bringing up the rear of every funeral I meet; and especially whenever my hypos get such an upper hand of me, that it requires a strong moral principle to prevent me from deliberately stepping into the street, and methodically knocking people’s hats off—then, I account it high time to get to sea as soon as I can.” ~Herman Melville, Moby Dick.

“Comfortlessness had come and occupied the house.”   Wendell Berry,  A World Lost.

Terry Bisson: A word that’s hard to say can work better than a metaphor.

“It is all one long day, one endless afternoon, friends leave, we stand on the shore.” ~James Salter, Light Years.

Elizabeth Hand: James Salter’s impressionist masterpiece Light Years sums up an entire marriage and its decline, and the final sentences summon the entire life, and death, of its central character.

More sentences appear in Part Two of One About One.

William T. Vandemark is the editor of the SFWA Blog. His work has appeared or is forthcoming in Nature, Apex, IGMS, and numerous anthologies.  He chases storms, prospects for fulgurites, and teaches multimedia at community centers for the City of Seattle.

Interested in contributing to the SFWA Blog? Email: webeditor@sfwa.org

Hopeful, strange, and, at times, funny, the speculative stories in Plagued Company cover themes of home and the pain it can sometimes bring and the dire situations our desires can get us into.