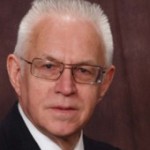 I’ve been meaning to complete this piece for months but, well, you know how it goes: first there was that story that needed something I just couldn’t put my finger on, so I put it aside for a moment and began to do some editing on another piece that was almost ready to go in the hopes diverting my attention momentarily would break something loose, except that the cats needed to be taken to the vet for shots, which led to getting the car gassed up on the way, where I thought of a new story idea as the dollars rolled by but, by the time I’d returned home, I could not remember what it had been. Then it was lunch time and I had to do a bit a reading to keep up with the genre. I’d hardly finished when I had to get the mail, which included some new magazines with really, really interesting lead articles and a few links to more interesting sites I could research, said research eventually led, as “research”always must, to watching a japanese cat in a box video.

By dinnertime I was so exhausted from writing that I had to stop for the day. I don’t know why I procrastinate. I kid myself into thinking that I am “taking a breather” while my subconscious works through an issue, even though that fickle part of my mind always seems more interested in developing new material instead of solving the proximate problem. Do I put things off because they are difficult or boring? Maybe it’s because of my self-doubts about my ability to forge anything worth reading? Maybe it’s because I’m unwilling to work hard at my craft? Character flaws, all and all equally insolvable except with a personality transplant.

This habit of putting things off seems to be a dangerous affliction when all I want is to get my creations out there to be read. Nevertheless this is something with which I have always been cursed. Despite my best efforts I can’t seem to break the cycle of jumping away from things when I should be pushing ahead, of always choosing the road not taken. I admire fellow writers who persevere, who seem never in doubt as they turn out words at prodigious rates, and who amass an endless stream of completed stories. They are heroes, praiseworthy beings I hold in highest regard.

But how do they do it? Is it because I’m merely a hobbyist and am not dependent on writing to survive that permits me to jump away from things? Is the difference between a hobbyist and a professional the fact that the latter’s very existence hangs on their writerly income? Do they persevere because they cannot afford the luxurious pleasure of leaving something undone? Would that I had a similarly important goad to keep me pounding away at word-smithing at the anvil of my keyboard.

Like this post, which I started last April and managed to get done after diversion through a novel revision, five (incomplete) stories, two sales, and watching a LOT of cat videos!

Bud Sparhawk is a short story writer who has sold numerous science fiction stories to ANALOG, Asimov’s, and other widely circulated magazine, appeared in several “Best of” anthologies, and has works in other print, audio, and on-line media both in the United States and overseas. He has been a three-time Nebula novella finalist. He has also written technical articles appearing in various forms. Most recently he has appeared in Asimov’s and Analog as well as the Defending the Future anthologies.

He has two print collections (Sam Boone: Front to Back and Dancing with Dragons,) one mass market paperback (VIXEN), and several collections and unpublished novels available as eBooks, mostly in Kindle format. Many of his earlier works are available at Fictionwise.

Bud is currently the Treasurer of SFWA, a member of SIGMA, and a full-time writer. He maintains a weekly blog on the writing life at http://budsparhawk.blogspot.com. A complete biblography of stories, articles, and other material can be found at his web site.