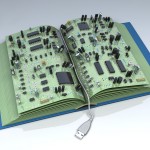 National writers’ organizations representing authors of books in a variety of genres believe a secret deal between Google and major book publishers may encourage Google to digitize, use, and sell copyrighted books illegally. The writers groups ask the Department of Justice to review whether the terms of the secret deal may violate Federal antitrust law.

Google and the Association of American Publishers (AAP) announced October 4 that they had signed a settlement agreement that means the publishers no longer are litigants in an ongoing suit against Google for copyright violations. Since early 2005, Google has been scanning library books for use in its Google Book Search project. Some 20 million books have been scanned, all without permission.

The American Society of Journalists and Authors (ASJA), the National Writers Union (NWU), and Science Fiction and Fantasy Writers of America (SFWA) all opposed two attempts to settle the suit — as did the Department of Justice, myriad individual authors, organizations, attorneys general of many states, and even foreign governments. We now stand with the Authors Guild in believing Google violated authors’ copyrights. This new, secret settlement with Google may do writers further damage.

We call on publishers to make the settlement terms public: Which books are included, and how much money is changing hands?

“Writers are partners with publishers in the joint venture of royalty publishing. We are contractually entitled to full disclosure of a deal that affects our books, rights, royalties, and livelihoods,” said ASJA President Minda Zetlin.

We have written to the Antitrust Division of the Department of Justice today to ask that they re-open their investigation of this case, and review the terms of the settlement for possible violations of federal law.

“Settlement negotiations should not be allowed to serve as a cover for otherwise-impermissible collusion by parties to litigation against the interests of other stakeholders, such as the writers of these books, who were excluded from those negotiations,” said NWU President Larry Goldbetter.

Copyright law declares the creator of a work retains all rights not spelled out in the publishing contract. Until very recently, book contracts had no language whatever about e-books or digital rights. So when a publisher agrees to give Google access to its backlist of books, it’s very likely that the publisher is taking money for rights it doesn’t own. The authors own them.

Our organizations believe many publishers, including some of those who settled, have been engaged in the systematic theft of writers’ electronic rights and e-book revenues where digital rights were never assigned by authors to publishers. They have been licensing e-book editions of works to which they hold only print rights. The industry needs an open process whereby authors can challenge ownership of any rights in question.

With 20 million books already scanned, Google continues scanning books daily. In The Authors Guild, Inc. et al. v. Google, now before the U.S. Court of Appeals, Second Circuit, writers say this is illegal, since those who hold the rights to the books haven’t given permission. Whether the publishers’ settlement with Google will affect the lawsuit is unclear.

We are concerned that this new, secret agreement will give Google erstwhile permission to ramp up its illegal scanning. Even for those books to which publishers can legitimately license e-book rights, many questions remain. The secrecy of the deal lends itself to abuses.

ASJA, NWU, and SFWA urge Google, the AAP, and the publisher litigants to do the right thing: disclose the complete terms of this settlement immediately. If the parties won’t do so voluntarily, the Department of Justice needs to use its authority to investigate this agreement.