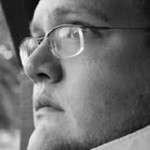 There’s a tendency for writers to obsess over rules. If you’re reading my blog series “Chasing the First Sale,” you know I’m the chiefest of sinners; it’s packed full of rules, and there’s a good reason for that: rules are helpful. They give shape to good tendencies and bad. They create the illusion of objective form, so we can more easily articulate and decide whether to embrace an idea or discard it. And that’s fine. That’s why rules are everywhere in the fiction world. You’re probably choking on them right now, Aspiring Writer. Choke away. It’s good to let these things into your head so they can battle it out. The truly good pieces of advice will emerge shining and victorious by producing publishable fiction for you again and again. But by then I suspect they won’t be rules; they’ll be habits, and that’s the goal.

But rules are not free. In some ways, they own the bridge between you and your success, but the tolls they level at you can be a bitch. Let me explain what I mean:

How often do you hear that word? I’m willing to bet you hear it (and use it) every day. Probably several times a day. If you’re a fiction writer, you hear it all the time in relation to your craft. You’re told you should show, not tell. You should write sympathetic characters. You should avoid passive voice like the plague. (Cliches too.) (You should also avoid using too many parenthetical asides.) Should, should, should. This “shoulding” is annoying when it comes to issues of craft—it’s merely annoying because it’s easy to adapt to rules of craft. You just go, “Oh, I guess I won’t use so many adverbs in dialogue attribution.”—but it can become devastating in issues of the writing lifestyle.

It doesn’t stop there. The more rules you hear, the more “shoulds” you absorb, the more they can begin to crush you. You’ll even start “shoulding” yourself.

At this point, the “shoulds” have got you running scared. You want to be a successful writer so badly, you can’t bear the thought that it’s slipping through your fingers. This can motivate you, especially in the short term, but chances are, if you let this kind of thinking go on long enough, you’ll crash. You’ll crash hard.

This is why I’m blogging today, guys—this happened to me.

I don’t recommend ever doing what I’m doing here, discussing your personal life in a professional setting, but I feel compelled to share this in hopes that maybe someone reading it will recognize this tendency in themselves and prevent a real crash. Because once you fall all the way down, it’s a long climb back up.

A year and a month ago, I had never been to a writing convention. In the space of a year, I attended World Fantasy Convention where I got my first real look at the landscape of publishing, what it takes to make it, the scope of the competition, the sheer number of immensely talented people out there. (The truth is you’re not competing, not really, but that’s another topic altogether.) I attended C2E2 and learned the same things about the comics field, which I am also very passionate about. I won my first Codex contest, taking first in January’s Weekend Warrior and beating many writers I look up to and enjoy reading.

That last one is weird. Winning a contest should (there’s that word) be an affirmation that you’re doing something right, but I didn’t take it that way. To me, it meant it wasn’t skill standing in my way anymore; it was me. I should’ve been writing more stories, submitting them more diligently, etc. It took the full weight of the “why aren’t you farther along” question and dropped it squarely on my shoulders.

Now let’s pause. At this point, what was actually wrong with me and my career? Well, nothing. I could have been writing more, but I was still producing some good fiction. I was blogging effectively and gaining twitter followers. My blogs were going up on SFWA as guest posts. (Hello again.) I was even selling some stories. So what was the problem?

Just that word. Goddamn “should.”

I had allowed my expectations, the rules I had heard, my fears, all of it to creep in and soil my resolve. In short, I had should my own pants.

I won’t go into my personal life in detail, but suffice it to say, an unhappy person is never unhappy in just one area of their life. Like a lot of writers, I have a tendency to get depressed. And I did, big time. My work suffered. My relationships suffered. On and on, the snowball rolled.

Somewhere in the middle of it all, my wife suggested I get some help, and in a rare moment of clarity, I heard her. I didn’t want to feel like shit. I wanted to feel good, to tell my stories, to be a fantastic husband and father and friend. Not because I had to (nice try, should; I see through that disguise), but because I wanted to. Because that’s what life means to me.

So I went. And I learned some things. And with the help of a low-dose of Welbutrin (science, bitches!), I was able to put those things into practice. I learned that just because somebody else feels something, it doesn’t mean I have to feel it too. I learned that each bad moment doesn’t have to connect to every bad moment that came before or might come after. I learned that other people’s opinions of me are none of my business. I learned that sometimes it’s okay to say “fuck it.” And most relevant to this post, I learned to (man, it sounds so simple) do my best, and cut myself some slack. Nobody follows all the rules all the time, so why should I expect to? That’s craziness.

I titled this post “The #1 Rule of Everything,” but that’s just a title. There is no rule like that, and god I’m glad of it. (If you must have a #1 Rule, make it “Don’t let rules rule you.” Or something similarly snappy.) If I had to retitle this post, I would call it, “You’re Only Human.”

And that’s okay, Aspiring Writer. That’s just fine. Learn what you can, collect and archive those rules we talked about, do your best to produce and improve, but when you hit a speed bump, for the love of god, don’t beat yourself into the ground over it. Success is a sliding bar; it will always drift away from you. Reach one level, and you’ll find the bar has moved on to the next. So rather than chasing “success,” chase happiness.

Don’t think about how happy you’ll be when you’re living on the coast in a stylish little cabin making 100k/year writing books that come easy. Instead, think about how good it feels to sit down to write, snug in your chair, fingers on the keys, realizing that there’s nowhere else you’re supposed to be. It’s time for that familiar sense of struggle as you pull the words out, one by one, and by god, doesn’t it feel great? Like hard exercise? Like skinning your knee and standing back up? This is what you are, Aspiring Writer, and you’re being it, right now, in this moment.

Think that. Then move your fingers.

•••
Steve grew up listening to his dad’s ghost stories and never recovered. He attended Uncle Orson’s Literary Boot Camp in 2009 and currently lives in Oklahoma in a small house full of girls. His stories have appeared in Intergalactic Medicine Show, Redstone, Daily Science Fiction and others. His blog posts on fiction writing are available at stevenrstewart.com or via his Twitter, @StewartWriter.