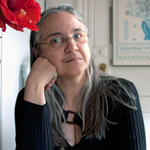 When people speak of works that “have withstood the test of time” it’s worthwhile asking “Withstood for what?” and “Withstood for whom?” For instance, The Malleus Maleficarum is indeed an immortal work, but it’s not remembered for the reasons its authors and admirers might have wished. The same nuancing holds for classic SF. Overlapping this is the forelock tugging to so-called “hard” SF that, inter alia, seems to still hew to the fifties concept that only physics and astronomy are quantitative sciences.

I once said that “hard” SF is at best sciency, and the science in it bears the same relationship to real science as truthiness does to truth (prime example: that ubiquitously quoted hollow chestnut, Larry Niven’s Ringworld). Furthermore, “hard” SF is often shorthand for “I can’t be bothered with characters or worldbuilding.” Lastly, there’s a very persistent mindset that is convinced, in harmony with evopsycho Tarzanist pseudoscience, that lack of a Y chromosome confers innate inability to write “hard” and/or “immortal” SF (recent demonstrations: Mike Ashley’s The Mammoth Book of Mind-Blowing SF; Damien Walter’s discussion of feminism in SF in The Guardian; Jonathan McCalmont’s meta-rants on SF; Mike Brotherton’s entry of “‘hard’ SF that has withstood time” in the SFWA blog: all showcase white Anglo men exclusively, with the occasional injection of the par-for-such-courses Russ/Delany sop).

I consider compiling lists as rewarding and productive as Sisyphus pushing his rock uphill. But I remember my reactions when I read the fanboy holy trinity of Asimov, Clarke and Heinlein. I’m surprised my love of speculative literature survived the encounters: the writing was wet cement, the characters were cardboard, the attitudes were as evolved as those of Ottoman-occupation-era Greek villages and the vaunted “hard” science was… eh?

So in the eternally springing hope of making the genre less repellent to non-default newcomers, I thought I’d contribute my dark ethnic woman’s mite to the archive. To play by the tightest rules, I will only list 1) “hard” SF that is 2) at least twenty years old and 3) a-swim with sensawunda but also not written as bad fanfic. Furthermore, I will restrict myself to a dozen works – I could easily list hundreds – that I consider unforgotten and unforgettable. Alphabetically:

1. Octavia Butler, Bloodchild and Other Stories (1984). As hard-sciency as you can get, along several axes: from the title story, that depicts a realistic human/alien interaction, to hard-hitting and accurate extrapolations of humanity afflicted with loss of speech (“Speech Sounds”) or complex disorders (“The Evening and the Morning and the Night”).

4. Alexander Jablokov, Carve the Sky (1991). An interplanetary future that’s not an empire nor based on Anglosaxon prototypes, vivid local cultures (Earther, Martian, Belter), failed terraforming (the only example that’s not triumphal – even Stan Robinson’s Mars trilogy ends with success) and famous lost art objects that are much more than they seem.

5. Donald Kingsbury, Courtship Rite (1983). One of the few novels to show a realistic outcome of how humans would adjust to a hostile planet with indigestible native flora and fauna, low metal content and compromised fertility. Normalized cannibalism, group marriages, social standing based on ability to predict trends, a derelict orbiting starship… a potent brew that’s still scientifically accurate thirty years on.

6. Nancy Kress, Beggars in Spain (1991). Augmentation by genetic engineering, cold fusion, aynrandian objectivism versus leguinian communalism. So much for women being unable to write novels of ideas that don’t read like manuals.

7. Vonda McIntyre, Fireflood and Other Stories (1979). This collection features plausible avian aliens (“Wings,” “Mountains of Sunset, Mountains of Dawn”), a postapocalyptic earth that hasn’t devolved into zomboid savagery (“Of Mist and Grass and Sand”), humans modified to steer starships (“Aztecs”). The last two stories, outstanding in themselves, became the first chapters of equally unforgettable novels: Dreamsnake and Superluminal.

8. Pat Murphy, Points of Departure (1990). The collection includes “Rachel in Love,” an early and one of the best stories of uploading/animal uplift; and “Touch of the Bear,” a very interesting exploration of a lone Neanderthal’s sojourn among contemporary humans.

9. Melissa Scott, Trouble and Her Friends (1994). Cyberpunk ahead of its time that, as added bonus, lacks the smugness and libertarianism of the subgenre. Dueling avatars, VR stigmata… what The Matrix could/should have been.

10. Joan Slonczewski, A Door Into Ocean (1985). The best work about a truly alien ecosystem and its interlinks; a rare one based on a water world, at that. Genetic engineering and parthenogenesis, consquences and choices, swashbuckling resistance to Manifest Destiny depradations, a seamless fusion of feminism and real “hard” science. What Cameron’s Avatar could/should have been.

11. James Tiptree, aka Alice Sheldon – the writer of “ineluctable masculinity” according to Robert Silverberg and Harlan Ellison (aka, “How do you spell essentialism?”). Star Songs of an Old Primate (1979) and Out of the Everywhere (1981) are necklaces of unique gems: standouts among them are “A Momentary Taste of Being,” that debunks the idea of humans as an evolutionary pinnacle; “Houston, Houston, Do You Read?”, a convincing portrayal of a monogender future; and “The Screwfly Solution,” a chilling extrapolation of hormonally-induced violence relevant to today’s semi-universal slide into regressive fundamantalism.

So yes, Virginius, there are immortal works of hard SF by non-defaults. Of course, definitions can always be explicitly designed to exclude whatever discomfits. But it’s odd to have a self-labeled “visionary” genre hew so determinedly to definitions better suited to fifties US suburbia.

Athena Andreadis was born in Greece and lured to the US at age 18 by a full scholarship to Harvard, then MIT.  She does basic research in molecular neurobiology, focusing on mechanisms of mental retardation and dementia.  She is an avid reader in four languages across genres, the author of To Seek Out New Life: The Biology of Star Trek, and she writes speculative fiction and non-fiction on a wide swath of topics.  She conceived of and edited the feminist space opera anthology The Other Half of the Sky, coming out in April 2013 from Candlemark and Gleam. Her work can be found in Harvard Review, Belles Lettres, Strange Horizons, Crossed Genres, Stone Telling, Cabinet des Fées, Bull Spec, Science in My Fiction, SF Signal, The Apex Blog, World SF, SFF Portal, H+ Magazine, io9, The Huffington Post, and her own site, Starship Reckless. 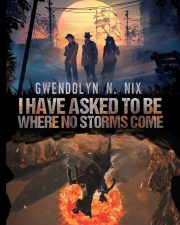