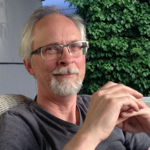 I’ve learned that my esthetics skew heavily to the bizarre. Helpful when writing speculative fiction; not so helpful when marketing that work. Repeated experimentation has convinced me to look for other opinions on what the buying public will find attractive. Surveys have become my friend, and have provided me with an answer to a very important question: who reads science fiction?

On November 21st, 2013, I posted a question through Google consumer surveys. My original intent was to select the best cover for my reprint of Humanity by Proxy. (You can see the result on Kindle and Kobo.) A happy accident also provided statistics on who reads science fiction.

For the sake of brevity, I’ll gloss over methodology and reliability. I’m happy to provide in-depth data sets and argue survey weaknesses, but let’s do that in the forums. For the curious, I had 581 responses from the general population of the United States with a +/- of four percent. It was a blind survey, presented at various news, arts, entertainment and reference websites. The question was simple: “Do you read Science Fiction?”

Twenty-one percent of the US population answered “Yes.” Admittedly, it’s a broad question and “yes” could mean “Yes. I read the opening titles of Star Wars.” Conversely, “no” could mean “No. I read fantasy.” It’s also a single data point and provides no historical context. But even with all that, it’s still a hopeful number. It means you can walk into a holiday party, introduce yourself as a science fiction writer and one out of five people will still find you interesting.

Google provides further demographics on the responses, albeit with decreasing reliability. For example, Google tells us that among the respondents who read science fiction, fifty-seven percent are male. According to the 2011 U.S. census, the population of internet users is forty-eight percent male, so even after accounting for internet use biases, science fiction readers are ever-so-slightly male. But before we go hog-wild creating male titles, be aware the 2013 U.S. Book Consumer Demographics and Buying Behaviors Annual Review tells us women buy more books and spend more per book. In the end, assume your reader is just as likely to be male as female.

Let’s turn to the age of our science fiction readers. My survey indicates a common interest at all ages, except from ages forty-five to sixty-five. Those ages drop their interest in science fiction by almost ten percent. After sixty-five, interest levels rise back to match the general population. The Bowker Review mirrors this age-related behavior; they claim sixty percent of eBook buyers are younger than forty-five. So much for the stereotypical old guy reading sci fi!

My immediate temptation is to take these numbers and extrapolate. To an extent, that could work. Statistics are wonderful things. They often prove your assumptions wrong, point you in unexpected directions and explain non-intuitive conclusions. The trick is knowing when to ignore them and go with your gut feelings. Write to satisfy your own voice–don’t let a bunch of numbers tell you what planet your characters should explore.

Mark Niemann-Ross is a Portland-based writer of hard science-fiction with an emphasis on the impact of technology on society. He is a two-time winner of Analog Magazine Reader’s Choice Award, has appeared in Stupefying Stories, narrated audio books, and is working on his first novel, a murder mystery solved by a refrigerator. Mark is a co-author with Richard A. Lovett; together they have published Phantom Sense and Other Stories under the Strange Wolf Press imprint. He is also the author of a children’s book, Patches Catches the Sargo County Cattle Rustler. During the day he manages developer content for lynda.com.