I was contemplating what to write for my first Writer Beware blog post, when a subject popped up out of the blue, packed with all kinds of fascinating questions.

Some of you may remember when SFWA tangled with the online “digital library” Scribd back in 2007. Scribd was loaded with unauthorized uploads of copyrighted material, but SFWA screwed up big time by sending a sort-of DMCA notice (it wasn’t really) to get works by many sf writers removed from the site. It was an embarrassment for SFWA, and over time made it less and less likely that the organization would do anything directly about illegal uploads, even though a plan had been developed to do so for members who had specifically authorized SFWA to act as their agent.

Since everything to do with online piracy left a decidedly bad taste in my mouth, I decided I would not go looking for illegally uploaded copies of my or other authors’ works, and I didn’t check to see if Scribd was following through on the promises it made at the time to provide real-time checking of works uploaded to the service.

Jump forward six years to now. The subject of Scribd came up on a SFWA forum as part of a controversy that I needn’t go into here, and I decided that it was finally time to check it out.

Six years has made a big difference. Scribd has set out to become a full-fledged bookstore to compete with Amazon and Barnes and Noble, and takes it one step farther with the addition of an all-you-can-eat subscription service that allows access to an unlimited number of ebooks for $8.99 a month. They are now partnering with HarperCollins and various other publishers, such as Smashwords, E-Reads, and Rosetta Books, with the promise of more to come. They cover a lot of ground; not only do they sell ebooks and subscriptions, they offer what look like unauthorized “previews” of many other books, with links to authorized retailers.

But finally, beneath all the new things, the old Scribd–offering not-necessarily-legal user uploads of copyrighted works–is still there. Only now Scribd has monetized them, since you can only see a “preview” of the material for free, and must be a paid subscriber to access the whole unauthorized upload. 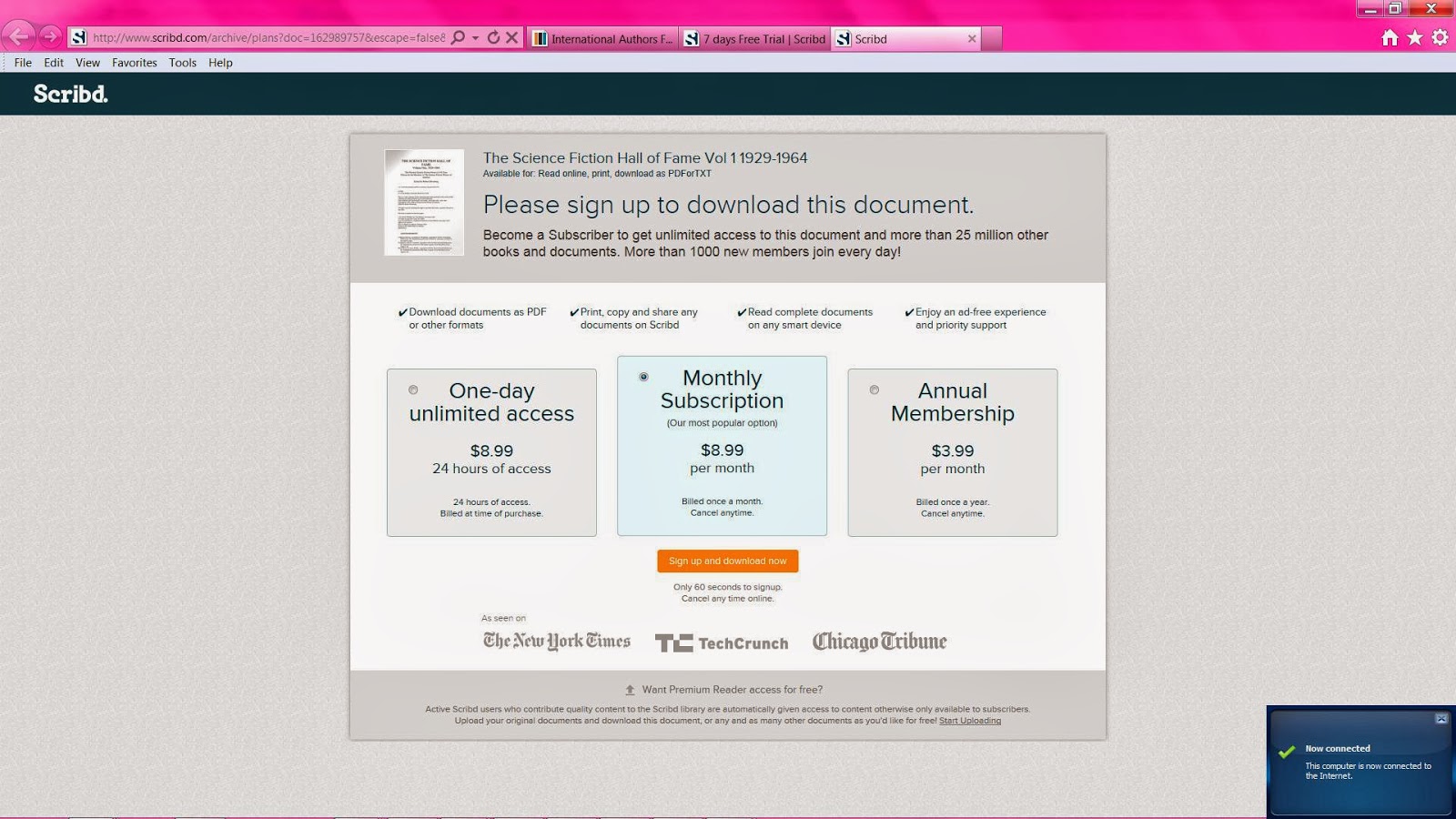 How did this happen without creating much of a ripple in the author community?

Well, first of all, it happened recently. The subscription service started on October 1. Details of what the deal looks like appeared for the first time in a Smashwords email and blog post just as I was writing this blog post.

A number of questions about such a service immediately spring to mind, and the Smashwords post answers some of them–assuming that the deal is consistent across the various publishers. When authors sign up for the deal directly, we can see how their royalties will be computed, but there’s another level of complexity when there’s a publisher acting as intermediary.

How much will HarperCollins authors see from the subscription program? HarperCollins CEO Brian Murray told Publisher’s Lunch, “We have negotiated very hard, to the point where if the whole business went this way, we and our authors would be very pleased …[this is] the exact opposite of the music industry’s subscriptions models. The revenues that go to our authors is up, somewhat significantly.” So can we assume authors will be getting 25% of the take, as they do from ebooks? Or slightly more? Will the payments be broken out on royalty statements so authors can see how much money they are making from Scribd subscriptions? Most importantly, do publishers have the contractual right to sell authors’ books this way at all?

Is there, indeed, even a difference, except that (counting the first 10% free preview) reading 30% of a book is considered a sale, reading 29% is considered 1/10 of a sale, and reading 15% is no sale?
Extensive book previews have become the norm, and they’re apparently authorized by publishers based on vague wording in the authors’ contracts about promotional excerpts. But here we have 29% of the book available for reading with no compensation due the author, unless there are nine more browsers who read enough of the book to count as a browse but not enough to count as a full sale.
Complicated enough for you? Let’s break it down a little further. Since it doesn’t matter if you read the first 10% or not, that isn’t even part of the equation. If I’m understanding the Smashwords/Scribd deal correctly, it specifies:

While for novels, this may not seem onerous, for non-fiction and short fiction anthologies it can become easily become problematical.

Just for the moment, let’s assume it is an okay deal for many authors. It’s tremendously better than the deal offered to musicians by music subscription services like Pandora and Spotify. Even so, this paradigm switch should be scrutinized with great care. It’s another instance of rich corporations expanding what can be done with authors’ works without consulting them, defining terms in such a way that no one really understands how it affects authors’ copyrights, and doing so based on language in contracts that never anticipated an e-book subscription service. Authors need to sit up and take notice, and protest if they think their rights are being abrogated. If it’s not a great deal–which, let’s face it, is likely, given the insistence of the major publishers on paying at most a 25% net royalty rate on e-books–all the more reason for concern.

Which brings us to Scribd’s unauthorized uploads of copyrighted material. If you’d told me a couple of weeks ago that my first Writer Beware blog post would be about ebook piracy, I would have laughed. But it really looks as though Scribd has gone even farther into a very questionable area of monetizing the pirated books in its library, in two ways.

Firstly, they apparently only allow full access to pirated works to paid subscribers. Here’s a screenshot of the email I received after checking the Scribd site for unauthorized uploads of SFWA-related copyrighted material: 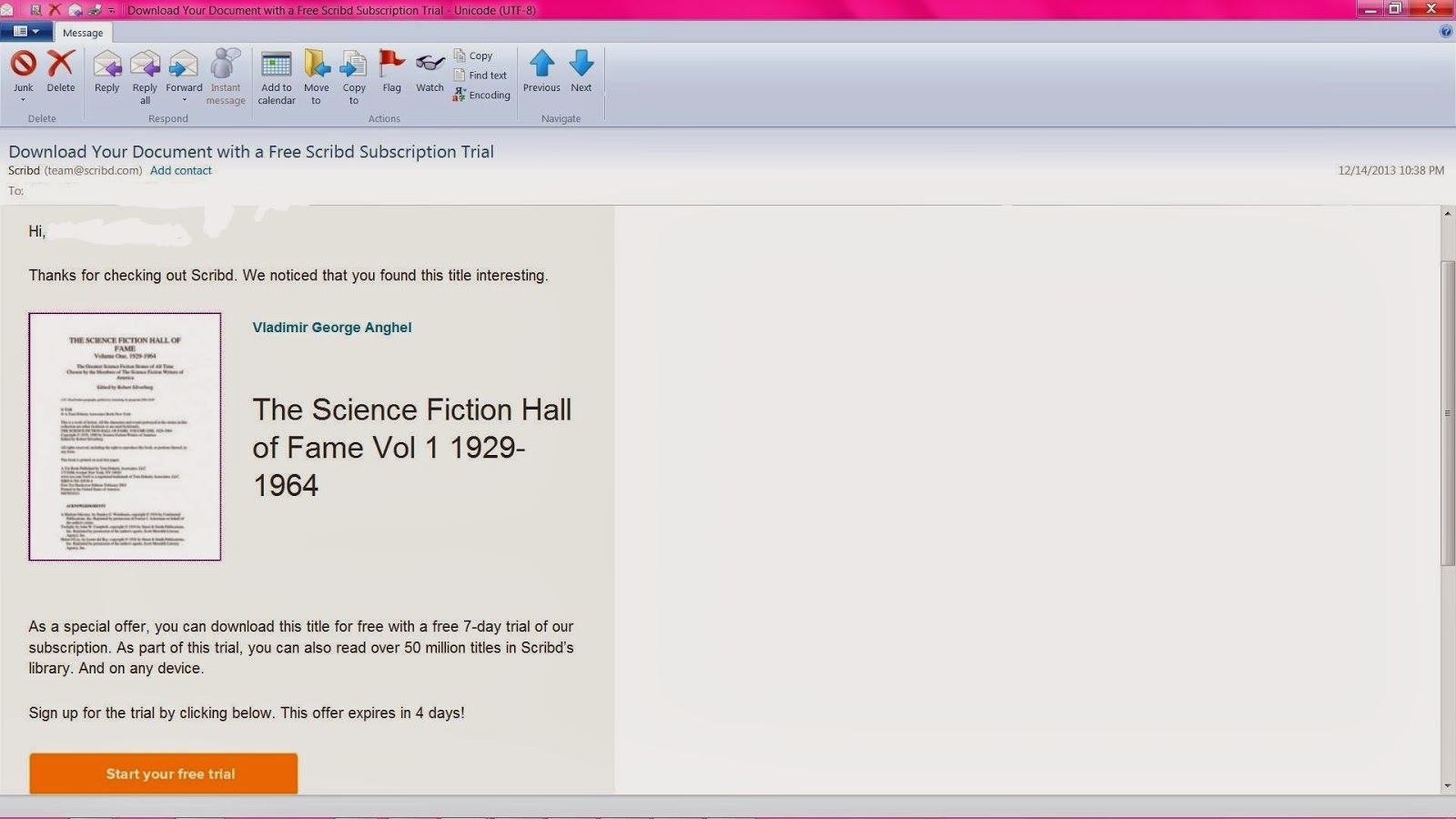 As you can see, this unauthorized copy of the Science Fiction Hall of Fame, Vol. 1, was illegally uploaded by Vladimir George Anghell, and Scribd is using it as bait for a 7-day free trial of their subscription service, that will, of course, transition automatically to a paid subscription if I do not cancel.

Think about it. All across the Scribd website, there are illegally uploaded, copyrighted files that you can only read in their entirety if you start paying Scribd, which doesn’t pay authors anything for those uploads. Almost as bad are the advertisements displayed next to pirated works.

Six years ago, Scribd initiated a system to monitor uploads and compare them to a database of copyrighted works, with the promise to delete anything that matched. It may be working, it may not, but there’s still an enormous amount of pirated work available there, and you have to ask yourself, do you want to support a site like Scribd by having your work sold there? If Scribd has to pay out royalties for an authorized version of a book, but the equivalent unauthorized upload acts as subscription bait and they need never pay out anything for access to it, where is their motivation to clean the site of the unauthorized versions?

Other companies are working on the book subscription model, Oyster Books being the most prominent, without the taint of unauthorized uploads. The deal Oyster Books offers to authors actually looks a little better, with pay-out occurring at 10% read rather than 20%.

It’s too early to tell if the subscription model will catch on and become a significant source of revenue for authors…but it just might. Future author contracts should treat these types of sales separately from straight ebook sales, and authors should be able to negotiate subscription terms independently from ebook sales. Contract language shouldn’t be re-purposed when technological changes affect the publishing world. Instead, new terms should be negotiated.

As for Scribd, is this the next step in the evolution of ebook publishing, in which a corporation simultaneously profits from pirated works and makes deals with traditional publishers? However subscription services work out, don’t count the Scribd model out, because it’s building on its large base of copyright scofflaws to create the most ruthless and author-unfriendly of them all. 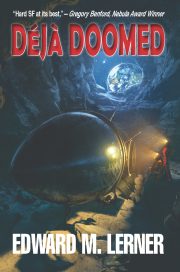