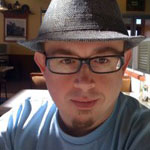 I once sat beside a campfire in Washington and listened to a man with a pistol strapped to his waist lecture for an hour about the ecology and habits of the Sasquatch. Meanwhile, my companions–a college professor and two high school teachers–had taken up buckets in a circle around our camp and were drumming to attract the great skunk ape into our midst.

After an hour of this incredibly detailed description of Sasquatch dietary needs, I asked: “Have you actually seen a bigfoot?”

He shook his head.  “No, but I know everything about them.”

We jokingly referred to this man as the Falconer, because when he wasn’t lecturing us credulous band of cryptozoolgical enthusiasts, he spoke at length about his falcons.  Sadly, he did not bring his falcons with him.  I imagine he had a very detailed biological explanation for why falcons would have made it more difficult to spot the beast.

The high school teachers, after they grew tired of drumming (sadly, to no reply), described their experiences and encounters with the monster while rolling enormous joints of marijuana. “Bigfoot doesn’t exist in our plane of existence, at least not entirely,” one said. “They’re extradimensional, telepathic creatures that can only be seen when they want to.”

I related to them my odd dream from the night before about some enormous, hairy animal leaning gently against the side of my tent.  I added that I might have been suffering from mild hypothermia at the time as well.  They nodded sagely.

“Bigfoot came to you in your dreams,” they said.  “That’s amazing.”

Despite the surreal absurdity of the experience, I learned something about confidence in storytelling from the Falconer and my stoned high school teacher companions.

Each of them had their theories, but to them, they’re not theories; they have a startling confidence in their opinions, despite or contrary to any evidence.  Of the course of the long weekend, we saw nothing to indicate the presence of a seven foot tall ape living in the wilds of Washington, but they were not discouraged.  After all, Bigfoot could only be seen if it wanted to be seen, and anyway, its migratory habits had most likely led it south into Oregon or California at this time of summer.

I do not believe in Bigfoot, but as a writer of science fiction and fantasy, I want to write as if I do believe in such things. Confidence in my ideas and world-building conceits help build reader interest.  Hesitation, lack of confidence, would lead to a loss of clarity of vision, which is very important in our field, I believe.

I learned also to do your research.  The Falconer had read extensively on his subject.  Carefully examine the internal logic and eliminate faults;  as someone with a bachelor’s in biology, I could find no fault in the science of his theories.  And finally, I learned, don’t let a lack of hard evidence slow you down.

That night, I was cold and shivering, mosquito-bitten, and travel-weary, but the Falconer’s lecture held me spellbound. Now when I construct my own stories, I struggle and strive to have the Falconer’s confidence in my words and worlds.

Jeremiah Tolbert is a writer, photographer, and web designer living in Northeast Kansas.  His fiction has appeared in magazines including Lightspeed, Asimov’s, and Interzone, and in anthologies including Way of the Wizard. For additional information, visit his blog.