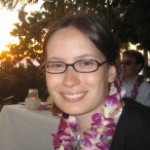 When giving advice on writing blog posts, James Altucher says, “Bleed in the first line.” He talks about blog writing and bleeding a fair amount, actually, so I always think about bleeding when I write blog posts now. But what does that mean, bleeding on the page, and what is the correct way to do it?

As I’ve been experimenting some with my own blog, I’ve also been thinking a lot about sharing and privacy and where to draw the line. It’s something I’ve had to think about often over the years since I do this kind of personal memoir-esque kind of writing, and with opinions flying as to whether it’s a good idea for writers to share their political opinions, it is in the forefront of my mind right now. What is private and what isn’t? What is a great telling detail and what is too much? Where does that line go?

I found some wise advice where I wasn’t expecting it, in Brene Brown’s book, Daring Greatly: How the Courage to Be Vulnerable Transforms the Way We Live, Love, Parent, and Lead. (This book is also a great resource both for learning about Dr. Brown’s data and how it pertains to the way humans tick and for managing common emotional difficulties that come up in the writing life.) She gives three guidelines for sharing with the public that I’d like to put into my own words and talk about.

1. Only share experiences and stories after you’ve worked through them yourself.

I can’t overemphasize this one enough, mostly because it can be so tempting to break. But I do my best to write about things AFTER I’ve already processed them and dealt with the emotions coming from them and learned from them. This can be tricky, as experiences take different amounts of time to process (and of course, sometimes you think you’ve done so only to find out there’s more to do).

For example, I waited over six months to write a post about losing my chosen family . I couldn’t write about it earlier; I couldn’t have done so from a grounded place, and therefore I couldn’t have written a truly effective essay. That is why when people express concern at any of my blog posts, I always feel slightly surprised. By the time I’m writing about something, there is rarely any reason to worry. The stories I tell are a means to an end. Which leads us to the next guideline….

2. Have a reason to share that serves your readers.

The point of blog writing is not to bleed indiscriminately on the page or to merely shock by flooding your audience with personal details. Every story has a reason to be told. Every shared experience should lead to some kind of revelation.

In some ways, writing blog posts reminds me of teaching. In the process of writing, I reaffirm lessons I’ve already learned and sometimes gain a stronger understanding of my subject matter. But as with teaching, I can’t write about something when I haven’t at least grasped the basics.

And I’m always writing with an end goal in mind: What ideas am I trying to communicate? What do I want my audience to take away from this post?

3. Avoid sharing in order to get your own needs met (i.e. to receive validation, praise, support, etc.).

We want to publish every blog post from a position of strength, which means publishing it to serve our audience, NOT to get some emotional need met for ourselves. Blog posts aren’t therapy. And as writers, the more we can let go of any expectations we might have as to the response a post will receive, the freer we are to craft a powerful piece.

Sometimes, of course, a post will generate an outpouring of support, and that’s perfectly all right. What we want to avoid is needing or expecting it to do so. The more we depend on the response, the more we’ll become tempted to pander to our audience to receive that response.

These three guidelines boil down to this simple principle: So often when we’re sharing in public as writers, it is not about us. This may seem counterintuitive since we are sharing personal stories and opinions, not to mention letting people know about our work. But blog posts at their best are about not just us as the writers, but the relationship between us and our readers. And sharing personal stories can be a powerful tool for conveying emotions and ideas to our readers, as well as creating a sense of connection.

We don’t always want to hold back from bleeding on the page, but it should be a mindful act. We want to bleed for the right reasons.

Amy Sundberg is a SF/F and YA writer. Her short fiction has appeared in Redstone Science Fiction, Daily Science Fiction, and Buzzy Magazine, among others. She lives in California, and when not writing, she’s either buried in a good book, singing musical theater songs, or trying to add more pins to locations visited on her world map. She is an avid blogger at practicalfreespirit.com, where this post first appeared. She can be found on Twitter as @amysundberg.