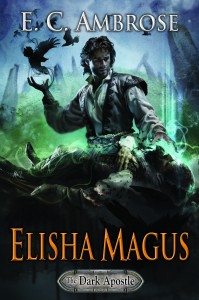 As a young geek, I excelled at school and struggled in only one thing, really:  making friends.  Oh, I had one or two, and the occasional furtive acquaintance who was a little embarrassed to be seen with me. It’s a struggle that most adolescents face at one time or another.  Thankfully, I had books.  I had Ray Bradbury, Stephen R. Donaldson, J. R. R. Tolkien, and Susan Cooper.  Through these magical pages, I could enter new worlds, meet people I wished I knew and people I wished I could be.  The idea formed that there was a way I could be them—I could be anyone.  I could be a writer.

The first fantasy story I wrote was Dragonriders of Pern fan-fic, though I did not know that term at the time, and my then-instructor, unfamiliar with science fiction and fantasy, praised the work as highly original.  This praise always embarrassed me—I knew the work was a paean to one of my idols–so I determined that my next project would be new and striking:  it would be mine.

My pathway to becoming a writer ran parallel with my course through fandom, starting by attending local Star Trek conventions with a handful of geeky friends (a peer-group at last!). At one of those, I found my first flyer for a general SF convention, a student-run affair called Not Just Another Con, or NJAC.  At this, my first “real” convention, I participated in a scavenger hunt which included Pan-galactic Gargle Blaster as one of the items, and got to hear an entire room full of people cheer when Count Rogan, the Six-fingered Man, turns to flee the righteous vengeance of Inigo Montoya.   Right in its name, NJAC implied that, wonder of wonders, there were *other* conventions—entire globe-spanning networks of fans who gathered on a regular basis to share their enthusiasm for science fiction and fantasy literature, film, gaming and good stuff. 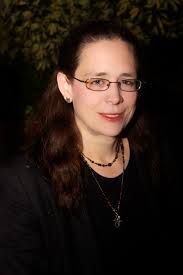 Within this tribe, I found hints of another, the shamans of the tribe, if you will, the writers, and I heard whispers of their Inner Sanctum, the Science Fiction Writers of America (back in the days we had only one “F”), which one must be published to join.  The idea of becoming a member of a group that included so many of my author-heroes, of sharing the trials and joys of writing with like-minded souls compelled me.  I’d been submitting short stories forever (I was rejected by Asimov’s when he was still there—yes, I was a precocious toddler at the time).  And I had begun to develop a novel, the contract for which finally granted me entrance to the organization I had so often heard of.   I had achieved not only the goal of publishing my first book, but also of crossing the boundary between fan and writer, becoming what I had wanted to be.

In SFWA, I found a vigorous, sometimes contentious, group striving toward the advancement of science fiction and fantasy literature.  A place where, whatever advice or concern you have, someone else has had it, too. If they can’t help you out, they can at least commiserate.  There were times early on when I was not sure I had a place in the organization, when I was still too intimidated by my “baby author” status to think of these elite writers as my peers and my colleagues.  I was not always faithful in my membership, but even then, I could see the good the organization was capable of, through the Emergency Fund which supports writers in need, and through Writer Beware, which helps to investigate and spread the word about scams aimed at new writers.  When I signed my next contract, part of my advance went toward a lifetime membership in SFFWA, my commitment to the new writers moving up into our ranks, and my pledge to the tribe of authors, of which I am proud to be member.

C. Ambrose writes The Dark Apostle series, beginning with Elisha Barber (DAW, 2013), continuing with Elisha Magus, and Elisha Rex (forthcoming, 2015). As Elaine Isaak, she wrote The Singer’s Crown and its sequels. Her how-to articles have appeared in The Writer magazine and on-line.  A graduate of the Odyssey Speculative Fiction workshop, she is proud to return there to teach this summer.  She has led workshops across the country on topics like “Crafting Character from the Inside Out” and “10 Mistakes I’ve Made in my Writing Career so that You Don’t Have to.”  And you do NOT want to be her hero.  www.TheDarkApostle.com