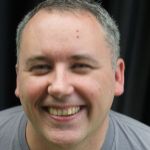 The Pomodoro Technique is a popular time management system that has helped improve my writing productivity. The technique was developed by Francesco Cirillo and basically involves setting a timer for 25 minutes and focusing on a single task. Then take a 5-minute break and repeat. Cirillo used a kitchen timer in the shape of a tomato, giving the system its name; pomodoro is Italian for tomato.

The technique can be applied to different tasks (e.g. computer programming) but I find it works well with writing. Prior to using this technique, I’d typically set aside a few hours on a weekend afternoon to devote to writing. I’d work for an hour, then somehow the rest of the allotted time would end up being consumed by watching YouTube videos or reading Wikipedia. There are other ways to avoid Internet distractions (write in a location without Internet, etc.), but I’ve found having a time limit encourages me to get more done as well as helping to avoid distractions. Some writing groups do timed writing sessions (“word wars”) that can have a similar effect.

Having a visual and auditory cue in the form of a physical timer or ticking software can help instill the idea that starting the timer means it’s time to focus on writing. (Charles Duhigg’s The Power of Habit explains how these kind of cues can be useful in forming habits). The Pomodoro web site has more detail about the system. There are tutorials and books such as Pomodoro Technique Illustrated by Staffan Nöteberg that go into more depth. If so inclined, you can even become a Certified Pomodoro master, but I get the most from the system by just using the basic timed sessions.

Having a 5-minute break between sessions works well for me. Some people might argue that once they’re in the flow, they don’t want to stop after 25 minutes, but I find I’ll get more done in six 25-minute blocks rather trying to work nonstop for three hours. Of course, the trick is to tweak the system to work in the best possible way for yourself.

The technique encourages you to split up your tasks into 25 minute blocks, but I haven’t found that as useful for writing. I usually won’t define my task in more detail other than “work on novel.”

There are a plethora of apps and software of varying complexity devoted to the Pomodoro Technique, many of them free. Some of them serve as little more than a timer, others record the amount of timed sessions you complete each day. I’m not too diligent about keeping a complete history of my sessions, but a daily count can be a useful way to measure your progress. Word count is not so useful as an indicator of progress when you’re outlining or revising, but if you’ve completed a lot of timed sessions at least you know you’ve been making an effort to get some writing done.

Web: Tomato Timer. Enter timer into a google search box and you’ll get a basic timer as well.

Aidan Doyle is an Australian writer and computer programmer. He has visited more than 80 countries and his experiences include teaching English in Japan, interviewing ninjas in Bolivia and going ten-pin bowling in North Korea. His stories have been published in Lightspeed, Strange Horizons, and Fireside; and he has been shortlisted for Australia’s Aurealis Award.