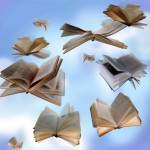 As part of its mission to serve professional genre writers, the Science Fiction and Fantasy Writers of America is pleased to announce that for the first time they’ll be making the Nebula Suggested Reading List publicly available. The list, compiled from SFWA member suggestions, is available on the SFWA website at http://www.sfwa.org/forum/index.php?app=readinglist. All SFWA members are eligible to add items to the list throughout the year, providing a list of notable speculative novels, novellas, novelettes, short stories, and dramatic works from the year. Inclusion on the list is not an endorsement by SFWA.

From November 15 through February 15, 2016, Active and Associate members will be able to make actual Nebula nominations as well as nominations for the Bradbury and Andre Norton Award. The votes will be tallied and the final ballot will be released on or before February 20 for voting on by the membership. Winners will be announced at the Nebula Awards Weekend, to be held May 12 -15 at the Palmer House in Chicago (link). The banquet and awards ceremony will take place the evening of May 14. Other awards presented at the weekend include the Grand Master Award, the Kevin O’Donnell Jr. Service to SFWA Award (link), and the Solstice Award (link).

Nebula Commissioner Terra LeMay says “Even before I became the Nebula Awards Commissioner, I’ve always thought the Suggested Reading List was one of the best resources I’ve ever encountered for finding the most exciting new science fiction and fantasy works each year. It is a great privilege to have helped bring this list out to the public where any reader may benefit from it.”

SFWA President Cat Rambo notes, “Every year there’s plenty of terrific stuff to read. I hope that providing a list that draws upon the wide spectrum of tastes represented in the SFWA’s membership of professional writers helps up the discoverability of great writing that should be considered for awards. For me the Nebula Awards remain the most meaningful in the field, chosen by writers working in the genre, who understand and appreciate craft and who possess an understanding of the works that have shaped our field. SFWA has had a productive year in 2015, and it’s a pleasure to share yet another result of our members working together.”