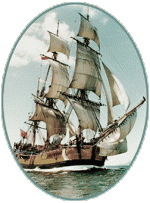 News from the Endeavour Awards:

Five novels written by writers from the Pacific Northwest are finalists for the 18th annual Endeavour Award.  The finalists were announced at Westercon over the Independence Day weekend.  The Award comes with an honorarium of $1,000.00.  The winner will be announced November 18, 2016, at OryCon, Oregon’s primary science fiction convention.

The Endeavour Award honors a distinguished science fiction or fantasy book, either a novel or a single-author collection, created by a writer living in the Pacific Northwest.  All entries are read and scored by seven readers randomly selected from a panel of preliminary readers.  The five highest scoring books then go to three final judges, who are all professional writers or editors from outside of the Pacific Northwest.

JUDGES
The judges for the 2016 Award are Jack McDevitt, Michaela Roessner, and Gordon Van Gelder.

Jack McDevitt
Jack McDevitt is the author of twenty-one novels, eleven of which have been Nebula Award finalists. Seeker won the award in 2007. In 2003, Omega received the John W. Campbell Memorial Award for best science fiction novel.  He has also won the Robert A. Heinlein award, and a recognition from the Georgia Writers’ Association, both for lifetime achievement.  McDevitt resides in Brunswick, Georgia.

Gordon Van Gelder
Gordon Van Gelder worked as an editor for St. Martin’s Press for twelve years.  He was the editor of The Magazine of Fantasy & Science Fiction for sixteen years, during which time he won the Hugo Award twice and the World Fantasy Award twice.  He is currently the publisher of F&SF.  He lives in New Jersey.

AWARD ELIGIBILITY FOR 2017
To be eligible for next year’s Endeavour Award the book — either a novel or a single-author collection of stories — must be either science fiction or fantasy.  The majority of the book must have been written, and the book accepted for publication, while the author was living in the Pacific Northwest (Oregon, Washington, Idaho, Alaska, British Columbia, or the Yukon.)

The deadline to enter books published during 2016 is February 15, 2017.  Full information on entering the Award is available on the Endeavour Web site: www.osfci.org/endeavour.  Click on Entry Form in the left hand column for a fill-in PDF of the form.