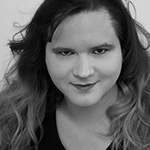 There are numerous examples of classic science fiction and fantasy stories that deal with gender and what happens when we deviate from expectations of that gender. Include popular shows like Transparent, movies like The Danish Girl, and celebrities like Laverne Cox, Janet Mock, and the politically polarizing Caitlin Jenner–and it’s no wonder that an increasing amount of fiction, including YA, is featuring trans and non­binary characters.  So how can writers–especially if they aren’t trans or nonbinary–create such characters?

Have you ever read or seen a piece of media where characters “swap genders?” What usually follows is a lot of jokes about hormone imbalances, jokes about secondary sex characteristics (such as facial hair and the appearance of breasts), or jokes about socialization of one gender or another. The problem is: sex (biology), gender (a social construction) and sexuality (who you love) are not the same thing.

2) Don’t write trans characters who are always downtrodden; a person who is trans can be as happy as anyone else!

As a trans person, I’ve had a number of people (friends, other writers, randos on the internet) say they want to write trans characters, but much of what they read in the news is sad. Yes, trans people are being denied the right ­­to the use bathrooms that align with their gender identity, to receive needed medical services, and to live lives free from the threat of horrific violence if they reveal their status as a trans person. But trans people are not necessarily consumed by these injustices. We certainly can be influenced by them, devote much of our time to fighting them, and spend time working through our emotions based on how they affect us–but that is not our entire state of being. Which brings us to…

3) Trans and nonbinary folks are more than their gender identity. Write characters who reflect this.

Branching off the point above: No person, regardless of their identity, is a single issue person. Main characters should be well-rounded. We have places where we work, we have things we like to do, things we excel at, and things we suck at. We can have peanut allergies!

A great example is Kai, the protagonist in Max Gladstone’s Full Fathom Five, who happens to be a transgender woman. The publisher’s description states:

“Kai builds gods to order, then hands them to others to maintain. Her creations aren’t conscious and lack their own wills and voices, but they accept sacrifices, and protect their worshippers from other gods―perfect vehicles for Craftsmen and Craftswomen operating in the divinely controlled Old World. When Kai sees one of her creations dying and tries to save her, she’s grievously injured―then sidelined from the business entirely, her near­suicidal rescue attempt offered up as proof of her instability. But when Kai gets tired of hearing her boss, her coworkers, and her ex­boyfriend call her crazy, and starts digging into the reasons her creations die, she uncovers a conspiracy of silence and fear―which will crush her, if Kai can’t stop it first.”

Her transness influences her character, but the story isn’t “trans person dealing with trans problems because TRAAAANS!” She has a job, she has agency, and she has purpose.

4) Trans people are not out to deceive you.

This last one is huge. You see the deceit trope everywhere: in Lost Girl (S03E01 “Caged Fae”), in Batgirl (Issue 37), in films like The Crying Game, Ace Ventura: Pet Detective, and the 1983 cult classic Sleepaway Camp.

The idea that trans people “hide” their trans status, which can then become a story’s shocking twist, is cliche. It’s not interesting and it’s not shocking. And in the real world, it can cause real harm when a trans persons is forced to “come out.” Such stories further the notion that trans people should walk around announcing their trans status at all times. This opens them up to potential violence.

These are some of the most common pitfalls, but this list only scratches the surface. If you’re serious about including trans and non­binary characters in your fiction (and I encourage you to do so), consider taking an online writing workshop or a Master Class from Writing the Other. I occasionally teach a seminar on “Writing Trans and Non­Binary Narratives” and an on-demand version is available when the live class isn’t. Scholarships and tuition reductions are available.

Ashley Lauren Rogers earned a Bachelor’s of English Literature and Theatre at Fitchburg State College. She was invited to the two week summer playwriting intensive at the Kennedy Center in Washington DC. Her one person show PASS/FAIL received its premiere at Dixon Place Lounge and was part of the Trans Theatre Festival at The Brick in Brooklyn.  Her work has been displayed as part of Stage Left Studio’s sold out Gender: A Performance Project.

Ashley is a recipient of the ACM Award for Comedy Video for writing the pilot of Marisa and Rocco, and  is the creator of Ashley Rogers Does Something Awesome and Monthly Tea with Madeline Foxtrot–all through Dogtoon Media. Ashley has written articles for Beyond Victoriana and Steampunk Magazine Online, and has been a vlogger and a blogger for NerdCaliber.com.