The following novels are the Finalists for the 2017 Compton Crook Award:

The winner will receive check for $1000.00 and a commemorative plaque which will be presented on Friday, May 26, 2017, during Balticon 51 Opening Ceremonies. Balticon is the Maryland Regional Science Fiction Convention.

The Compton Crook Award is presented by the members of the Baltimore Science Fiction Society for the best first novel in the genre published during the previous year. The Award is named in memory of Towson State College Professor of Natural Sciences Compton Crook, who wrote under the name Stephen Tall, and who died in 1981. The award has been presented since 1983 and is also known as the Compton Crook/Stephen Tall Award.

Information on the Baltimore Science Fiction Society and Balticon is available at http://www.bsfs.org

Information specifically about Balticon 51 is available at http://www.balticon.org 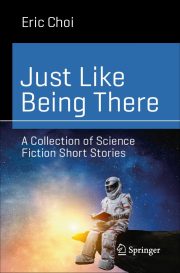