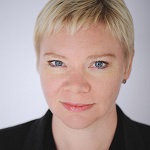 The late Robert M. Pirsig, in his famous book Zen and the Art of Motorcycle Maintenance, wrote with some anxiety about the split between “classic” culture (maintaining a motorcycle) and “romantic” culture (riding a motorcycle). He was wrong about some things, but it’s certainly true that many people are creative in one way and not in the other.

I come from a long line of mechanics and tinkerers, but I didn’t get the gene. Not for me the pleasures of making something work. As a kid, I did well enough in math class, but I always felt like I was cheating. I was very good at memorizing how to follow a process, but I never really understood the underlying truth of what I was doing.

I’ve always been a writer, but I’ve never been a tinkerer.

In March, I started working on a contract for Choice of Games. I’ve never written interactive fiction before, and other than a bit of BASIC and HTML, I’ve never coded before. I’m having a lot of fun. And for the first time in my life, I’m learning how to tinker. It’s already having an effect – a beneficial one, I think – on all of my prose, including the non-interactive stories.

The day I signed the contract and sat down to begin telling my story, I felt adrift for a moment. Choicescript, the language I’m using, is easy to learn and there are many resources for the beginner. So I understood pretty quickly what each command would do, the function of each tool. But what were the rules for using those tools? Which ways of using those tools were wrong, and which ways were right?

That’s when I had an epiphany: When my code works, it works; when it doesn’t, it doesn’t. There are more or less efficient or elegant ways of doing something, and there are many examples to follow, but when it came down to it, I had the freedom to kludge my scene together any way I wanted. Although my editor will appreciate it, nobody really cares how clever my code is. What matters is the story that emerges from it.

That moment of freeing myself from rigid concepts of right and wrong was also a useful reminder about storytelling.

We writers often treat our works-in-progress like imperfect versions of Platonic ideals, as if the Story Council has the ur-copy of every novel in its big library in the sky and we’re just trying to make our version as close to that as possible. We polish, and refine, and all of that involves making choices. Is this better than that? Will putting the exposition in Chapter 2 work better for the character arc than putting it in Chapter 3? If only someone would give us the answer key!

George Saunders recently described his writing process as a series of instinctive decisions: he imagines a meter on his forehead with P for Positive on one side and N for negative on the other. In a binary conception, every change moves the needle one way or the other. Good or bad, right or wrong. Decisions are not value-neutral. Edits move the novel closer to its potential greatness, until it either achieves that greatness or the deadline arrives.

With interactive fiction, the writer is making choices, but based on what works rather than what’s right. It might seem like a fine distinction, but acknowledging that more than one possibility can work at any given plot point feels a little subversive.

It’s a good reminder that editor or beta-reader feedback is only useful insofar as it helps us make the story work in the way we want it to work. There’s no right way to build a motorcycle: there are more elegant ways and less elegant, more powerful and less powerful, less expensive, more expensive, bigger or smaller, quieter or louder.

Sometimes, the well-meaning person giving you feedback is trying to tell you how to turn your motorcycle into a helicopter.

There are examples to follow and tricks of the trade, but there’s no one right way to tell a story. Story structure, like any engine, is amenable to tinkering.

Kate Heartfield’s short fiction has appeared in Strange Horizons, Escape Pod, Daily Science Fiction and elsewhere. Her website is heartfieldfiction.com and she is on Twitter as @kateheartfield.