A Reading List of SF/F Books with Mentally Ill Characters 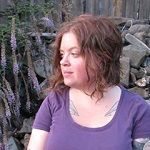 According to the World Health Organization, one out of every four people will be affected by mental illness at some point in their lives. Considering this, it’s important that when characters with mental illness are featured in one’s writing, the subject is treated with sensitivity and accuracy. Novels that portray such disorders well can make a huge difference.

Em Kalberg, the protagonist of my debut novel Stay Crazy, has paranoid schizophrenia. As I researched the novel, I found that there were very few positive representations of people with schizophrenia, and not just in speculative fiction, but everywhere. The vast majority of the time, characters with psychotic disorders are monsters or killers. These negative depictions have real-world consequences for people with schizophrenia, leading to fear and marginalization. In Stay Crazy, Em deals with the horror of the dimension-eating alien creature that dwells underneath her workplace, which she can’t even be sure is real due to her condition. On top of this, she has the social stigma of being “crazy”, which is enhanced by living in a small town where everyone knows each other’s business. Em can’t rebuild her life until she can be sure of her own mind, and the pressure of the aliens and stereotypes nearly destroys her. While I’m pretty sure there aren’t any aliens, Em’s struggle against the stigma of mental illness is all too real, and I did my best to reflect that respectfully throughout the text.

Here are fourteen other novels, novellas, or short story collections that prominently feature characters with mental illnesses or trauma:

In this debut urban fantasy novel, Baker mines her personal experience to provide the story of Millie Roper, a woman with borderline personality disorder who gets drafted into a secret organization. The Arcadia Project acts as liaisons between the Faerie world and the equally glittering land of Hollywood, and each member of the group has a mental illness. Baker deftly shows the ways Millie, who in addition to BPD is a double-leg amputee from a suicide attempt, finds that her mental illness both interferes with and enhances her work with the organization.

Dave Holbrook, victim of school bullying and bad parenting, is headed down a dark path. Tempted by the idea of shooting up his school, he receives divine intervention in the form of Eris, the Greek goddess of discord. She shows him the various routes his life could take, and Dave must decide for himself whether or not mass murder is the solution to his problems. Mamatas’s intriguing novel explores the ramifications of abuse and neglect, but it is no Afterschool Special.

Reality blends with fantasy in this story of India Morgan Phelps, a young woman with schizophrenia. Through use of a non-linear timeline and stream-of-consciousness passages, Kiernan intimately shows the struggles going on through Imp’s mind as she tries to uncover the story behind a mysterious woman she encountered late one night. Imp’s circling thought patterns and hallucinations make this both an effective horror/fantasy novel and a fascinating glimpse into psychotic disorders.

Emissaries from the Dead by Adam-Troy Castro

After being branded as a child-murderer, detective Andrea Cort is drafted into investigating a homicide in an artificial ecosystem called One One One. Due to her trauma, Cort is brusque and unwilling to make friends, but she must work through her issues to uncover the culprit… and maybe get to the bottom of the incident that led to her case of PTSD. Castro paints a realistic picture of the effects major trauma can have on a person, and the ways in which they can use their mission to overcome it.

In an alternate 1994, Mars has been colonized, but corporations care more about the profit found in its land than the mysteries of the planet itself. Jack Bohlen is a handyman, who fled to Mars after a breakdown on Earth made living in its crowded cities intolerable. Jack meets up with a troubled little boy named Manfred, who forces him to reexamine his own demons. While many of Dick’s novels delve into the topic of mental illness, this one more than any other illustrates a neuroatypical character with stunning sensitivity and three-dimensionality. Much of the medical information in this book is outdated, but the themes still shine.

I Am Not a Serial Killer by Dan Wells

John Wayne Cleaver, a teenage sociopath with a serial killer fixation, creates rules to keep himself on the straight and narrow. When a real killer emerges close to home, John uses his instincts to hunt down the culprit, with his therapist a much-needed stabilizing force. Wells’ supernatural crime novel explores the seemingly contradictory idea of a sympathetic sociopath, and explores how John’s mental differences keep him from connecting with other human beings.

An Oath of Dogs by Wendy N. Wagner

In this science fiction mystery, an agoraphobic corporate worker named Kate Standish travels with her service dog Hattie to the lush, fertile world of Huginn. But a murder has been committed in the colony right before her arrival, and Standish and her colleagues must get to the bottom of things. Wagner handles her protagonist’s agoraphobia with sensitivity, vividly describing the anxiety Standish feels in the open spaces of Huginn. Her service dog is also an integral part of the plot, showing how their bond allows Standish to function even in a tightly-wound situation.

Parable of the Sower by Octavia E. Butler

In a dystopian America, Lauren Olamina develops a new religion called Earthseed, its goal the evolution of humanity through space travel. Lauren also lives with a condition called hyper-empathy, which causes her to literally feel the pain of others, which is instrumental in her development of Earthseed. Lauren and a motley band of refugees travel from the ruins of Los Angeles, seeking safety, and Lauren becomes a leader despite – or maybe because of – her hyper-empathy.

The newly born colony in which Ren Ghali has spent most of her adult life is thriving, but she isn’t. Unbeknownst to her fellow colonists, Ren suffers from hoarding, a subtype of obsessive-compulsive disorder. When a stranger enters the colony, everyone’s life is thrown into disarray, especially hers. As she tries to keep her secret, Ren is confronted with the secrets from her past that led her to start hoarding, and the fate of the colony itself hangs in the balance. Newman treats her character’s mental illness with sensitivity, and the anxiety Ren feels in her everyday life feels all too real.

The Rest of Us Just Live Here by Patrick Ness

In a typical YA fantasy novel, a group of quirky teens battle monsters and save the day. But Ness’s clever inversion of this trope instead focuses on a group of “normal” high school seniors who have to deal with the fallout of the supernatural happenings around them, while helping each other get through the last days until graduation. Narrator Mikey Mitchell is one of them, but his final weeks are interrupted by a flare-up of his obsessive-compulsive disorder. Funny and touching, this novel perfectly balances a realistic depiction of anxiety with a meta-take on genre literature itself.

A sort of near-future family drama, this novel takes place in a world where altruism is medicalized, AI are demanding human rights, and much of the population has been wiped out by a devastating virus. One of the protagonists, Roberta, spends a lot of time in therapy to overcome her extreme altruism. The other major character, Meredith, has some “issues” of her own, largely stemming from her father being the first human to be uploaded into a computer. Palwick expertly shows the way these two troubled women’s lives intersect, and how people live in a uniquely structured futuristic world.

Strangers Among Us: Tales of the Underdogs and Outcasts edited by Susan Forest

This Canadian short story anthology features nineteen stories about neuroatypical characters, covering a wide range of mental differences. Though many stories are set in the far future or in a secondary world, their problems still ring true, and show a wide diversity of disabilities. While some of the stories focus more tightly on the theme of mental illness, others simply show the protagonist surviving in their world. No two stories in Strangers Among Us are too much alike, and the anthology features well-known authors such as Kelley Armstrong, A.M. Dellamonica, Gemma Files, and many others.

We Are All Completely Fine by Daryl Gregory

A group of troubled outcasts are brought together for group therapy – but their demons aren’t done with them yet. All five members of the group carry trauma from various brushes with the supernatural: cannibal killers, a creepy cult, and a serial killer who carves messages into his victim’s bones. Gregory explores the ways in which trauma can shape one’s present, such as drug addiction and an escape into virtual reality. The group therapy itself is also a focus of this novella, showing the ways in which these five survivors help one another to grow and change, and defeat the revived monsters of their respective pasts.

Woman on the Edge of Time by Marge Piercy

Connie Ramos, a Mexican-American woman in 1970s New York City, has been recently institutionalized and threatened with psychosurgery. But her hallucinations are actually visions of the year 2137, where racial and sexual equality have been achieved, and mankind lives in harmony with the Earth. Flipping back and forth from a utopic future and a painful present – and a third nightmare future – Connie must decide whether to take steps to make the paradise come to pass, while living with her own demons and avoiding the medical establishment that isn’t on her side.

Mental illness is a fact of life for millions of people in the United States alone, and it’s important that fiction reflects this reality. By reading books that show mentally ill characters in a sympathetic light, readers can expand their ideas of what these characters are capable of, and make the world more welcoming. Likewise, writers who wish to write about a disorder they don’t have (or even one they do) would do well to seek out both fiction and non-fiction about it, and remember that their characters aren’t just defined by their mental health. Happy reading!

Erica L. Satifka is a writer and/or friendly artificial construct, forged in a heady mix of iced coffee and sarcasm. She enjoys rainy days, questioning reality, ignoring her to-do list, and adding to her collection of tattoos. Her British Fantasy Award-nominated debut novel Stay Crazy was released in August 2016 by Apex Publications, and her short fiction has appeared in Clarkesworld, Shimmer, Interzone, and The Dark. She lives in Portland, Oregon with her spouse Rob and an indeterminate number of cats. Visit her online at www.ericasatifka.com.