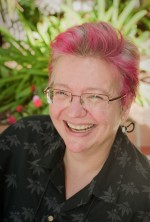 As part of a Twitter conversation, one of my favorite gamewriters, Ken St. Andre, suggested I write up something about SFWA and independent writers that goes into enough detail that people can understand why — or why not — they might want to join. This is part one of a multi-part series that will talk about some of the history behind the decision, and in this first part I want to talk about the organization prior to admitting independent writers. Part two will discuss how SFWA came to change membership criteria in order to make it possible for people to qualify for membership with indie sales in 2016, and some of the changes made as part of planning for that expansion. Part three will focus on how SFWA has changed in the intervening time, while part four will look at what I see as the changes that will continue as we move forward over the next decade. In all of this, I’m trying to provide something of an insider’s look that may or may not be useful, but certainly will be full of many words.

So what is/was SFWA, before the change? I’m going to paint in broad strokes here based on my understanding and research. (I’d love to see a book devoted to the history of SFWA at some point and one of our current projects is trying to collect that, under Vice President Erin M. Hartshorn’s direction.) The organization started in 1965 with Damon Knight organizing a number of professional genre writers in order to force publishers to treat writers better, namely pay them decent rates in a timely fashion while not taking excessive rights.

One of the first writers they helped was J.R.R. Tolkien, whose work has been pirated in the United States, Bob Silverberg said to me in email that there’s very few of those founding members left, but they included himself, Brian Aldiss, Harrison, Robert Heinlein, Kate Wilhelm and a host of distinguished others. Silverberg says Ellison as well, though the document he sent me seems to contradict that. At that time it was the Science Fiction Writers of America.

Initially SFWA was exactly what you would expect of a volunteer organization run by the most chaotic, capricious, and disorganized creatures possible: science fiction writers. Stories abound, including records getting lost because someone’s cat peed on them, Jerry Pournelle inviting Newt Gingrich to be the Nebulas toastmaster and a subsequent heated brouhaha that included some people walking out of the ceremony and Philip K. Dick agitating to get Stanislaw Lem expelled. My favorite remains Joe Haldeman’s account of the SFWA finances being somewhere in the realm of $2.67 when he became SFWA treasurer; he bought the notebook to keep track of them out of his own pocket.

The membership requirements were proof of a professional sale. Over time the memberships would expand, allowing associate members to join with a story sale, bringing in publishing professionals as associate members, and introducing estate and family memberships. The question of requalification – making members prove at intervals that they were still producing — was raised more than once, usually with plenty of heated discussion — but never implemented.

The charter members of SFWA.

Along the way, SFWA grew and became an organization that did what its founders had envisioned, and more. Under Jerry Pournelle’s leadership, the Emergency Medical Fund, which helps writers with medical emergencies affecting their ability to to write, was implemented. A similar fund for legal situations followed. Ann Crispin and Victoria Strauss launched Writer Beware under SFWA’s auspices and began the fight to keep new writers aware of unscrupulous editors, publishers, and agents.

The fight to keep writers from being preyed upon remained a focus for SFWA. In 2004, a group of SFWAns, under the direction of James D. Macdonald, wrote Atlanta Nights in order to expose the unscrupulous practices of PublishAmerica. The book, deliberately constructed to be unpublishable, featured two identical chapters, a chapter of computer-generated gibberish, missing chapters, and a list of characters whose names spelled out the phrase “PublishAmerica is a vanity press.” It was accepted for publication by the company, which withdrew the acceptance after the hoax was revealed.

Another focus would be an effort unsurprising for a group of writers: establishing a set of awards, the Nebulas. While that may seem a bit cynical on my part, I’ll point much less cynically to the effect of the awards: the recognition of some of the best and most interesting F&SF over the years via a prestigious award group that has grown to include screenplays and Middle Grade/Young Adult Fiction as well as recognizing achievements in the field via the Kate Wilhelm Solstice award and the SFWA Grand Mastership.

Other good stuff that SFWA took on or did over the decades included a publisher audit that helped draw attention to auditing practices, started the SFWA Bulletin, a public-facing magazine aimed at educating and informing professional F&SF writers, and many efforts that started, worked for a while, and then died a graceful (sometimes less so) death when the volunteer driving them lost interest, died, or got fed up with SFWA.

Those membership requirements continued to change over the years, usually to reflect inflation. (To a degree. I’ve calculated that if we matched the buying power of the original rate, we’d be looking at closer to 20, 25 cents per word than the current 6.) The Science Fiction part was expanded to include Fantasy.

Over the decades, SFWA communications took multiple forms. The paper Forum was intended only for members and featured a letter column that was often lively in pre-Internet days. As the Internet grew in popularity, that shifted. The message boards were originally hosted on Compuserve and later moved to SFF.net, where they gained a name for being acerbic, nasty, and often contentious to the point where, when I joined, I was warned not to visit them. When I did, I found them considerably less heated than had been described, and not actually full of epic levels of bon mots, clever insults, and sundry literary feuds. The SFWA Handbook appeared in multiple forms, compiling articles of interest to working F&SF writers. The SFWA Bulletin became SFWA’s outward facing publication, publishing not just what SFWA was doing, but articles of interest to all genre writers.

During Russell Davis’s term as SFWA President, Davis did something that would radically affect the direction of the organization: began the move towards reincorporation as a 501c nonprofit in California. The organization had originally been incorporated in Massachusetts, which meant there were restrictions that included having to use paper ballots for elections rather than being able to use electronic means. I will confess here that when the advantages of it all have been explained to me in the past, my eyes glaze over a bit, so I may not be the best person to speak to all of the motivations.

I joined SFWA in early 2006 but did not do much with the organization, as an associate member with a short story sale to Chizine. I found the message board system unwelcoming and generally once I’d joined, I figured I’d checked that box off my writerly bingo card and could now move onto something else.

However, I got asked to volunteer for a group assembled after an incident where a bunch of files got pulled from Scribd, including a number whose rights-holders did not want them pulled. That was an interesting group and I learned a lot about copyright as a result. I also served on a jury for the Nebula award for short story; our job was to put one thing on the ballot that we thought would otherwise get overlooked. My impression of SFWA was, I think, like most members: I didn’t think much about what the board was doing and I took advantage of some of the SFWA offerings, like the SFWA suite at conventions, the local reading series, and reading the Bulletin.

In 2012, I was asked if I’d take over as head moderator of the SFWA discussion boards, which had moved away from SFF.net onto the SFWA website. I had been the moderator of an often contentious discussion board for a game community as well as a BBS, and so I felt reasonably comfortable taking on the role. What I didn’t foresee was how that role would change my relationship to the organization, making me much more aware of its internal workings. And then, Steven Gould spoke with me in 2014 and asked if I’d consider running for Vice President. It was an interesting time in SFWA’s history, I liked the people, and so I said yes.

In Part Two, I’ll talk about the discussion and process by which SFWA came to admit independent writers. #sfwa

SFWA President Cat Rambo persists in writing, teaching, and editing atop a hill in West Seattle. Her 200+ story publications have been published in places such as Asimov’s, The Magazine of Fantasy & Science Fiction, and Tor.com.  Her second novel, Hearts of Tabat, the sequel to Compton Crook Award nominated Beasts of Tabat, appears in early 2018 from Wordfire Press. Her nonfiction work includes Creating an Online Presence for Writers, Ad Astra: The SFWA 50th Anniversary Cookbook, and forthcoming Moving From Idea to Story.
Find links to her fiction, Patreon campaign, and popular online school, The Rambo Academy for Wayward Writers at http://www.catrambo.com .