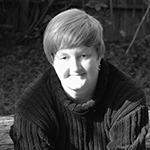 I love intricate, detailed worldbuilding; it’s the backbone of science fiction and fantasy stories, even those set in the modern era.  Sadly, few things make me stop reading faster than the realization that a writer gave more thought to the description of a meal than they did to the how or why an accommodation for a character with disabilities came to be in a story. Inclusion and representation matter, and so do the supports that allow an individual with disabilities to interact with a writer’s world. You don’t need to include every last detail about the world on the page, but there should be enough detail and consistency in the presentation that I can trust that you know what you’re talking about.

When creating a world where individuals with disabilities play a role, you should answer four basic questions:

1) Is the accommodation or support realistic for the technology of the world you’ve created?

2) How does the accommodation or support allow the character to interact with the world?

3) How is the accommodation or support funded?

4) What can you do to reflect such accommodations and supports in different societies?

Realistic accommodations and supports are based on the technological and social setting of the world.  Is a crutch made of metal or wood?  Would a crutch be appropriate in a world where artificial limbs are the norm?  Eyeglasses versus pinhole boards?  Cyber enhanced eyes versus an enchantment of enhanced sight?  Are quiet rooms or sound dampeners available for those who are easily overstimulated?  Would a nonverbal character write, sign, use a wordboard, or a computerized device?  Does your character with depression or anxiety have the equivalent of a crisis bag or distraction to help maintain focus?  Are there basic medications or incantations?  How are artificial limbs attached, with leather straps, surgical screws, or necromantic magic?  Look at your world as a whole, the level and accessibility of technology, the acceptance of such differences.  Be consistent and clear in your descriptions, then include enough details so a reader can connect the dots to fill in the rest of the picture.

How an accommodation or support works is as important as the item or system itself.  You can’t have a support for a character and not reflect its use in the story.  Does a character have the option of removing him/her/their self to meditate or otherwise refocus?  Characters with severe mobility issues may not use a wheeled chair in a world where the wheel is not a common feature.  Are they carried, pulled, left to their own means?  Do all characters with impaired vision rely on assistive technology (glasses, a reader, neural enhancement, etc.) or do they rely on special text or image sizes?  Can a character use a fake hand to grip and object?  Engage in fine, detailed work?  Feel textures?  Is it even a hand, or is it a hook, a magnifying lens, or even a weapon?  Play with the possibilities, don’t limit yourself to a single narrow scope.  Expand how you want to see the world, and how a character with disabilities makes use of all available resources to live day to day.

You should also understand the economy of accommodations and supports, a variant of the all-important adage to “follow the money.”  This element is the most necessary to include in your worldbuilding and can affect everything from societal perceptions, to availability of components, to the cost of training or implementation.  Are any accommodations or equipment a strain on local resources?  Are they seen as a burden on society or are they considered a necessity of basic dignity?  Are ramps available for common spaces or vessels?  If so, who foots the bill?  Did a character pay for neural upgrades to manage seizures, or were they part of a special study?  Were crutches handmade out of wood or metal?  How did a character come by the slate board used to facilitate communication?  Who pays for the services of a translator or proxy?  Is a character with disabilities allowed to pay for or own property?  Can the character work in the common sector?  If not, why not?  Again, you needn’t include the details of sale or components, but you need to build the economy into your world and allow your prose to reflect its depth.

When it comes time to fully develop characters and their relation to the plot, developing an understanding of how different societies view disabilities and the needs surrounding them may be the hardest element to visualize.  Unless your world specifically reflects a singular view or way of thinking by deliberate design, individuals with disabilities may not receive the same reception when engaging with different people or populations.  If a character voices suicidal thoughts, is the admission met with compassion in one population and scorn in another?  Is it seen as a weakness or an honored declaration?  How is a character born with stunted wings treated in a society that prizes flight?  Would those feelings change if the character could fly with the aid of magic or technological enhancement?  How does one medieval-esque kingdom view a hearing impaired character’s attempts at verbal speech?  Would a neighboring kingdom share the same view?  Would a technologically advanced culture laugh at a character’s hand-drawn communication cards that served that character quite well on his/her/their homeworld?  Is a character’s lack of arms taken as a fact of life or no big deal?  Think carefully about these issues when you write about an individual with disabilities or even differing abilities.  The question of how the varied cultures of your world see your character is vital in the quest to understand how your character sees the world.

Short story, novel, or somewhere in between, answering four simple questions is all it takes to further enhance characters with disabilities.  Remember to be consistent in your descriptions, and thoughtful in your presentations, and, most of all, take the time to build the parts of the world readers may never see.  Readers will thank you for it.

Sandra lives in Washington state with her husband, sons, and an Albanian miniature moose disguised as a dog.  In no particular order she is an avid reader, disabled mother of two special needs children, advocate for families with special needs children, LGBTQIA+ activist, chocoholic, and compulsive writer.  Her work has appeared in such venues as Jim Baen’s UNIVERSE, Daily Science Fiction, Crossed Genres, Galaxy’s Edge, Podcastle, Pseudopod, and Cast of Wonders.  She is represented by Caitlin McDonald at the Donald Maass Literary Agency.  Her short story collection “Godfall & Other Stories” will be released by Hydra House Books in April 2018.