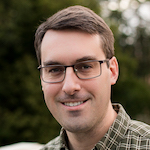 Here’s a ten-step guide to writing while parenting:

1. Make some coffee or tea. Head to your special writing place. Close the door and boot up your computer, put a fresh ribbon in the typewriter, or select the perfect pen and creamy paper for your current work in progress. Summon the muse. Write.

Wait for that magical moment when everything else disappears and the words travel you like a bridge from imagination to page. That moment is precisely when your child will barge in with an urgent need for more Goldfish crackers. The giant box was closer to them than you were, but you are the One True Pourer of the Goldfish.

You recall that William Faulkner supposedly once scolded his daughter, “No one remembers Shakespeare’s children.” You think you understand.

But you love your kid, and maybe William Faulkner was an ass, so you don’t say that. Instead, you go and perform the Pouring of the Goldfish, remind the little tyke that they can do it on their own next time, and say yes when they ask you to cuddle on the couch and read them a story. You’re pretty sure Faulkner was an ass.

2. Since you didn’t get much writing done during a day of parenting, you plan to stay up late and write after everyone is in bed. The house will be quiet, the dog or cat will be asleep at your feet, and you can get back into the flow.

You’ll get some words down, but eventually, you’ll discover that a kid you thought was asleep is in fact still up. They’re not tired. They’re thirsty. They have a question. They puked. Whatever it is, they’re awake, and they need you. Writing time over.

3. Rather than risk more interruptions from Nighttime Child, you go to bed, setting the alarm for early in the morning. Up with the chickens, you have the house to yourself. The world outside is peaceful and full of soft morning light. You put on some coffee. You settle down to write.

You’ll get some words down, but eventually, Nighttime Child’s sibling, Morning Child, will hear you typing, or making the coffee, or thinking deep thoughts, and get up to see what you’re doing. Also, they want breakfast.

4. It’s later. The youngest is down for a nap. The others are quiet because they’re on screens, but you can deal with a little guilt over the Digital Babysitter if it means sneaking in some writing. You wonder if Faulkner’s daughter would have binged Netflix or been a gamer.

Eventually, the guilt wins and you’re researching recommendations for kids’ screen time, all of which contradict each other. Either way, the kiddos have rotted their brains enough. Screens off. Writing time over.

5. Chaos reigns in the afternoon. The kids are cranky and loud. It also happens to be when inspiration strikes and you solve the story problem you’ve been chewing on all day. You take your laptop and lock yourself in the bathroom, not because you need to go, but because you hope your offspring will observe the basic social convention of privacy for someone in the loo.

Silly. Your absence is noticed within minutes and children are hammering at the door like those trolls with the giant battering ram in Return of the King. Someone needs Goldfish now or they will die.

6. Later, when you bring your kid to baseball practice, you optimistically bring your laptop along. Surprisingly, you actually manage to get some real writing done in between glances at the playground to make sure your other children aren’t falling off the slide or being abducted by strangers from the woods.

7. When you rock the baby to sleep that night, you whisper your story to her, picking up where you left off writing at baseball practice. It flows more naturally than it ever does at the keyboard, and you wish the baby monitor had a speech-to-text function. You lay the swaddled infant in her crib and tip-toe out of the room as quickly as you can to write down what you just told her. Of course, you have to sneak into the bathroom, lock the door, and turn on the shower to hide the typing sounds from your older kids who are still awake.

8. As the days of parenting roll on, you begin to seize those odd, random moments more and more. You keep a notebook in the diaper bag. Your laptop comes with you everywhere. You type a paragraph while waiting in the pick-up line at school. You thumb a sentence on your phone at the pediatrician’s office. One day the kids fall asleep in the car, so you keep driving and pull into the far corner of a Target parking lot and write for half an hour. It feels like a miracle.

9. Some days, writing doesn’t happen. Some days you only have time to think about your story, and some days you don’t even have headspace for that. You love your kids, but you grow wistful for the time before children, when time was abundant.

10. Then you realize that you in fact write more now than you ever did before kids. Back then, you had all the time in the world to make each word perfect as it hit the page, to find just the right pen, just the right paper, to perfect your writing routines. You fancied yourself a writer, but you didn’t actually write that much. You know plenty of childless writers who managed, but you weren’t one of them.

It was your kids. Being a parent gave you the urgency to write, taught you to not be precious about your writing, to write in the gaps, to be a writer anytime and all the time, not just at the perfect time. There’s never a perfect time.

Or to put it another way, anytime is perfect.

Now if you’ll excuse me… they’re asking for Goldfish.

P.G. Galalis writes, reads, and teaches science-fiction, fantasy, and other literature near Boston, MA. His short stories have appeared or are forthcoming at Diabolical Plots and Galaxy’s Edge Magazine. While writing this bio, he has listened to one child complain of boredom, gotten another a snack (Goldfish), and asked a third to stop playing picnic with her stuffed animals in her crib so could lay down and take her nap. He would like a nap too, but instead, he will likely have a Pokémon battle or play LEGOs with someone, and he wouldn’t have it any other way. You can follow him on Twitter @PGGalalis or visit his website at https://pggalalis.com to read his blog or learn more.