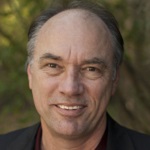 World-building is more than misty mountains, crumbling castles, dripping neon cityscapes, and talking rats. It’s also about psychology and language, and the language equation includes the everyday corruptions of jargon and slang.

To distinguish between the two, jargon is that collection of shortened terms and acronyms particular to a vocation, and slang is informal language related to specific groups or regions or contexts. “Hog-tie” is slang. “SAM” is jargon, for surface-to-air missile.

If we work in a given industry, we use the acronym-laden, abbreviated jargon of that industry. Outsiders find it tedious and annoying, but spouting the complete and correct technical terms of everything we do on a daily basis gets old in a hurry. If we’re from a specific region, generation, or socioeconomic group, we likely use the slang that evolved with it.

Some topics cannot even be reported without jargon and slang. Baseball, for example. Try calling the play-by-play without referring to sliders, sac-flies, ribbies, and squeezes. Ribbie is slang; its parent—RBI, for runs batted in—is jargon.

In TV medical drams, right after the steamy sex scene in the supply closet, we get the operating room blood bath, and we’re bombarded with jargon, maybe sprinkled with a bit of slang for good measure. “We got a code brown, bee-pee one-ninety over two, give me six-million see-sees of hemo, PR, stat! Hold the fries!” We’re so accustomed (inured?) to these scenes we think we know what it all means. If we don’t, that’s okay too. And we’ve seen so many TV cops we’re experts in their lingo as well. So the writer can get away with throwing jargon and slang about. The reader almost demands it.

Unfortunately, in science fiction and fantasy, invented slang and jargon can lay traps. Sure, they lend an air of realism to the goings-on but take readers a bit farther afield than might be good for the story. You’ve already asked the reader to accept an alternate reality, so you run the risk of making that reality harder to digest. Anthony Burgess’s A Clockwork Orange overflows with a near-future slang of a hybrid English-Russian tongue. It’s clever, sure, but it gets in the way of the non-confusion compact the writer makes with the reader. In contrast, while Mark Twain knew that backwoods vernacular and slang would breathe life into Huckleberry Finn, in his time-travel adventure A Connecticut Yankee in King Arthur’s Court, he avoids slang and jargon, knowing they would only hinder the narrative.

But don’t fear creating words. Heck, Shakespeare did it all the time. Just make sure they sound authentic to the world created. Sometimes those words even become part of our own Earthly languages. Like William Gibson’s “cyberspace.” We instinctively knew what it meant the first time we heard it. And J.K. Rowling may have added more words to the English language than anyone since Shakespeare. Time will tell.

Invented words, if used, must fit the established mood and tone of the work. What we hear in Middle Earth is old and new language, not jargon or slang. At least, not that I can recall. In Tolkien’s world that works best; the language has a high, formal tone, established from the start. Hobbit words evoke comfort and country charm. Elvish words evoke grace and elegance. The words of Man evoke solidity and practicality. Slang and jargon are nowhere to be found. And even though we know instinctively that every group that ever existed must have come up with its own linguistic shorthand, I can’t imagine Aragorn, desperately needing support from archers atop the battlements, shouting, “Get me a hundred stringers on the lid, stat!”

In speculative fiction, jargon and slang are a sauce cooked into the storytelling. Be aware that a little goes a long way. Too much, and the sauce gets chunky and detracts from the brilliance of the dinner. So read your work aloud, reread it, and find that balance, that tipping point, and draw the line there.