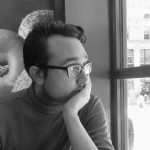 We’ve all been there. The dreaded-but-anticipated moment when your beta readers return your manuscript draft, and you sift through their comments in search of their praise, reactions, and criticisms.

Sometimes you’re lucky—sometimes readers identify areas for revision that make perfect sense, and the steps toward rewriting are clear. More often than not, though, this is where the drafting doldrums hit, and the wind leaves the creative sails. It may be that you disagree with the readers’ comments; or, worse still, it might be that different readers offer conflicting feedback. In these instances, how do you move forward?

Filtering feedback is a complicated process and one that is unique to every project. Fortunately, though, there are strategies for overcoming this obstacle that can be applied to any manuscript—some of which begin even before you see your readers’ comments.

Perhaps the most important step to take before seeing your readers’ comments is to articulate the goal(s) of your project to yourself. What did you set out to accomplish with this story? This is a dauntingly vast and abstract question, but it’s a crucial one.

Your answers to this could be as broad as I wanted to craft a convincing romance between the hero and villain, or as granular as I wanted the description of the wind chime on page three to be eerie and unsettling without seeming overwrought. List all of the objectives that were most important to you as you wrote; down the line, having clearly-stated goals will help you decide how to process criticism.

Self-assessment is also vital at this stage. Which aspects of the draft are you still unhappy with? What sorts of criticism are you anticipating? While it is entirely probable that the astute beta reader will find areas for improvement that you’ve missed, it’s also important to take inventory of the weaknesses you know you have to fix. Once again, having a clear idea of your own issues with the draft will help you decide how to interpret your readers’ critiques.

Once you’ve digested your readers’ remarks, some might immediately gel with your own concerns about the piece. Perhaps one suggestion spurs new ideas for revision—take any such comments and run with them, because they are as rare as they are useful.

But then, there are the comments you may not immediately agree with, or those that contradict each other. Your work now is to determine which of these are actionable, and which can be set aside. This is where your lists of goals and self-criticisms come in. As you think about the feedback, consider:

Your list of story-objectives is also a useful tool for filtering conflicting feedback—if one set of comments better fits with your ambitions for the story, chances are this will be more helpful in your rewrite.

Instead of immediately disregarding these notes, though, it can be useful to diagnose the problems motivating the suggested rewrite. Often, readers will suggest a change to the plot or character because they sense that some narrative element is still incomplete or underdeveloped. Identifying the underlying reason(s) for the suggestion can help you develop your list of self-criticisms and round out your revision process, even if you feel the suggestion itself doesn’t make sense for your story.

If, after asking yourself these questions, you have comments that you feel simply aren’t actionable, should you just discard them? At this stage, it’s probably most beneficial to set these comments aside for a while—after all, not all feedback is going to help you write the story you want to write. As you work, though, it can be helpful to return to these comments every now and again, to turn them over and consider what motivated them. It may be that you never use them, but even comments that aren’t actionable can sometimes spark new lines of inquiry.

This process sets you up for the next stage—incorporating the feedback. This part of revision is tricky in its own right (after all, no aspect of creative writing is ever clear-cut). But a purposefully-filtered, goals-oriented set of comments is the foundation for a successful rewrite and is also, hopefully, the tool that gets the ship sailing once again.

As a graduate of the Odyssey Writing Workshop, the Clarion West Writers Workshop, and the M.F.A. program at North Carolina State University, Ian Muneshwar is well-practiced at filtering feedback. His short fiction appears in venues such as Clarkesworld, Strange Horizons, and Black Static, and has been selected for multiple best-of-the-year anthologies. Currently, Ian teaches writing in the Myra Kraft Transitional Year Program at Brandeis University.

Thoughtful feedback from fellow writers can go a long way toward helping you improve your work. At Odyssey Writing Workshop, writers of fantasy, science fiction, and horror give and receive dozens of hours of in-depth feedback, in critique group format as well as one-on-one with instructors. The result? Light-years of epiphany that influence students’ work for years to come. Odyssey is now accepting applications for its annual six-week residential workshop, to be held June 1 – July 10, 2020 in Manchester, New Hampshire. Guest lecturers for 2020 include Brandon Sanderson, Yoon Ha Lee, Carrie Vaughn, and others. Don’t let another year go by without giving your writing the dedication it deserves! The application deadline is April 1. Or, apply by January 31 to be considered for the early action deadline. Multiple scholarship opportunities are available.