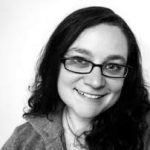 According to Forbes and other market researchers, audiobook sales are currently experiencing a major boom. With Science Fiction & Fantasy being the third-most-popular genre for this format, I decided a few months ago that I was going to try my hand at getting my books – a time travel novella series originally published in 2018-2019 by World Weaver Press – into this market. Here’s how it went:

First, I did a lot of research on production and distribution options. Many authors choose to narrate their own books, but I knew I lacked the proper equipment to make a professional-quality recording (microphones, editing software, a soundproof studio where no one could hear my 10-year-old son humming the Imperial March from the next room), so I started looking into Audible’s ACX.

At ACX, rightsholders can connect with narrators who will produce an audiobook either for a one-time fee (determined by the number of finished hours recorded) or by evenly splitting the royalties for the life of the audiobook. For me, paying the one-time fee was preferred; I hoped the guaranteed, upfront payment would encourage narrators to audition for my audiobook, even though they may not have heard of me or my books before. I followed ACX’s simple, straightforward instructions to create a profile, describing my book and the type of narrator I was looking for.

The next big task was to create a 2- to 3-page audition script, which would give me an idea of how each narrator would sound reading my book. I selected excerpts of scenes that I thought would present specific challenges to the narrator. The first was a scene that needed the right balance of emotion and drama – too much and it would sound melodramatic; too little, and the scene would fall flat. The second scene involved a lot of dialogue between two of the main characters and a child; in this section, I wanted to see how each narrator would voice these very different characters. The final scene included an argument between two characters with British accents; I wanted to make sure that the narrator was up for the task of reading these and that they could portray the emotions of the argument as I’d intended it.

Once I posted the script, the auditions began to roll in! I thanked each narrator for their audition and let them know my time frame for my final decision (2 weeks). I also spent hours on ACX listening to narrators who’d uploaded their own samples, and I contacted a handful of them, asking them to audition for my book. By a week and a half, I was ready to narrow down my options to my top five narrators. Many of these initial eliminations were simply a case of a bad fit – the narrator didn’t sound at all like I’d imagined my story’s narrator in my head. Others I eliminated because of poor sound quality, reading too fast or too slow, or performing with voices that I felt drew me out of the story rather than helping immerse me in it.

With the top five, I divided my audition script into 12 sections and listened to portion at a time, ranking the narrators’ performance for each section individually. When I looked at how I’d scored each narrator, I had a clear frontrunner. I asked a few friends for second opinions, and most agreed. I offered a contract to Jennifer Stoneking, and we set a date for the final product.

From there, I had a bit of a break while my narrator worked her magic. ACX requires narrators to upload a 15-minute checkpoint, so I got to hear the first few chapters early on, giving us a chance to make sure we were both on the same page before moving forward.

After she’d uploaded additional chapters, I started listening through each file, jotting down any revisions I wanted her to make. Fortunately, she knocked it out of the park, and the few things I did request were minor: substituting a British pronunciation for a word instead of the American pronunciation; emphasizing different parts of a sentence to make it sound as I’d intended; etc. Each time, I’d mark the time on the recording, jot down the corresponding line of the script, and then make a note of the change I wanted made:

3:47 “what I read in the letter” – this “read” should be past tense, referring to the letter she read earlier, rather than present tense

With two quick rounds of revisions, I was ready to approve the final copy and pay my narrator, which we took care of via PayPal.

Audible takes about two weeks to approve audiobook recordings, and if you want a preorder page and specific release date, you need to contact them to request that 30 days prior to the requested date. I was able to set mine up for release on January 14, 2020.

Overall, the process was both simpler and more fun than I’d expected. Audible’s ACX lays everything out in a way that’s straightforward and easy to follow. I loved listening to the different narrators and seeing how they each read the story with their own style, and I was thrilled to find a narrator that was able to read it so closely aligned to how I’d read it in my own head.

WendyNikel is a speculative fiction author with a degree in elementary education, a fondness for road trips, and a terrible habit of forgetting where she’s left her cup of tea. Her short fiction has been published by Analog, Nature: Futures, Cricket, and elsewhere. Her time travel novella series, beginning with The Continuum, is available from World Weaver Press. For more info, visit wendynikel.com.

THE CONTINUUM audiobook by Wendy Nikel (narrated by Jennifer Stoneking) is now available.

Professional time traveler Elise Morley is an expert on the past, but when a high-stakes assignment lands her a hundred years into the future, for the first time ever, she’s the one out-of-date, out of place, and quickly running out of time.