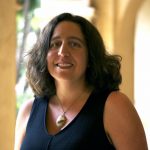 By now everybody who spends any time on the internet has seen the quarantine memes. Isaac Newton invented calculus during a plague outbreak–what are you doing with your time? Mary Shelley wrote Frankenstein when stuck inside during bad weather–why haven’t you invented a literary genre yet? Look at how Giovanni Boccaccio used his pandemic–have you been as productive?

Some of them are meant to be inspirational, others clearly tongue-in-cheek, but the overall message for writers and other creative types is the same: You’re stuck at home, so put that time to good use. This is your chance to create. How many words have you written today? Don’t waste this opportunity.

I know it’s mostly a joke, although it can be hard to tell who means it as a joke and who doesn’t. I know that people share memes for a laugh; I’ve laughed at a few of them myself. I know a lot of us are talking about how staying at home in our pajamas and eating canned beans and never speaking to anybody is kinda how our lives go anyway.

I also know a lot of writers–myself included–who are feeling a heavy combination of guilt and pressure right now. Even though we know it’s all gallows humor, there is still the feeling that if anybody should be able to maintain productivity during these hard times, it ought to be us. People are consuming art ravenously right now. Shouldn’t we see this as a chance to make more?

There is this insidious assumption that suffering and struggle are good for writers, because deprivation and hardship fuel our work. It’s a false assumption and always has been, even though it gets publicly dragged out of its musty grave occasionally by some rando in your MFA class or Twitter feed. People can and do create beautiful art during times of incredible hardship, but that’s because people can do amazing things, not because suffering is necessary or beneficial for creativity.

There is also this idea that writers are always just waiting for the right circumstances to sit down and pound out that book they’ve been wanting to write. It comes from the same place as the less-of-a-question-more-of-a-comment that every writer hears at some point in their career, the one where somebody says, ” I really want to write a book, I just can’t ever find the time,” as though time is hidden in a scavenger hunt and writers are hoarding the clues as if they were gold, or toilet paper.

Put those two assumptions together with this mad time we’re living in, and that’s where the pressure comes from. We’re stuck at home! The world is suffering! Shouldn’t we be making art? What are we waiting for? An even better disaster? Don’t waste this moment! We have books to write!

Nice in theory, I suppose. Many of us do, in fact, have books to write. But I don’t know any writers who see a frightening global pandemic as a glorious opportunity for booming creativity.

Most writers are definitely not enjoying an abundance of free time, because most writers have jobs and families and fears and responsibilities just like everybody else. They are doctors and nurses and grocery clerks and delivery persons now working more hours than ever; they are small business owners trying desperately to figure out how to keep their business afloat and their employees paid; they are teachers and professors spending approximately seven hundred hours a day trying to keep teaching online. For people whose writing or art is their primary job, these are terribly uncertain times. People in creative industries are being laid off in droves and have no idea what the publishing, theater, music, and art worlds will look like in three months, six months, a year.

Writers and artists are just trying to cope. They’ve got kids at home. Diminishing bank balances. Friends stuck overseas. A small cough in the back of their throat. Parents still going out every day in spite of pleas to stop. Loved ones getting sick or medical conditions going untreated. Neighbors in need of help.

What all this means is pretty simple: A global pandemic that results in tens of thousands of lives lost, the collapse of the world economy, and a terrifyingly uncertain future is not, in fact, the One Neat Trick everybody was waiting for to push them into writing their magnum opuses. It’s the same nightmare for writers as it is for everybody else. It, quite simply, completely sucks.

So I want to say to everybody who might see a meme or tweet or article and feel a twinge of guilt or uncomfortable pressure because they just marathoned Tiger King instead of working on their novel: It’s okay. You’re okay. Let that guilt go. That pressure is lying to you.

You don’t have to be creating great art right now. As my friend and fellow writer Leah Thomas put it, “Free time isn’t free time when it’s stress time.” You can’t ignore the cost of the huge emotional weight that has been placed on every one of us, or how much energy that eats up, or how little is left for creative endeavors. We all have so much anxiety it seeps into every part of our lives, even those that involve sitting at home in our pajamas with outside distractions kept away by governmental order. We’re all mourning a loss of normalcy, predictability, and safety. We’re all exhausted.

Kali Wallace studied geology and earned a PhD in geophysics before she realized she enjoyed inventing imaginary worlds more than she liked researching the real one. She is also the author of science fiction and fantasy novels for children, teens, and adults. Her most recent novel is the science fiction thriller Salvation Day. Her short fiction has appeared in Clarkesworld, F&SF, Asimov’s, Tor.com, and other speculative fiction magazines. After spending most of her life in Colorado, she now lives in southern California.